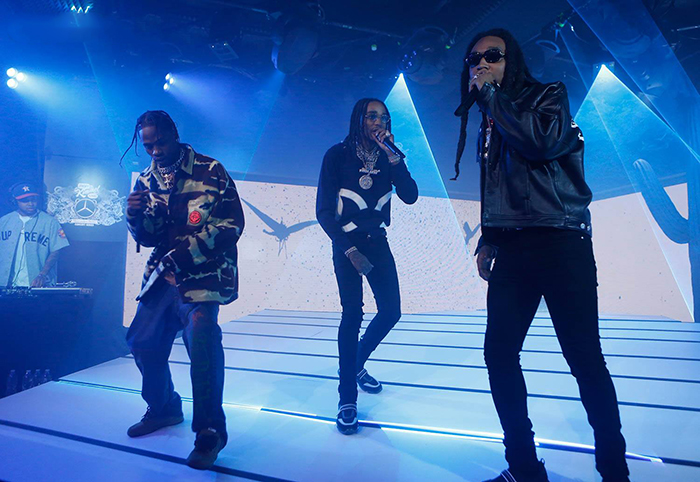 Travis Scott and Quavo know how to put on a wild show. The Huncho Jack, Jack Huncho duo teamed up with Takef and a Komodo dragon for a special performance on “Jimmy Kimmel Live!”

Backed by a desert setting complete with giant cactuses, La Flame and Quavo embarked on a live rendition “Eye 2 Eye.” Midway through the set, the guys revealed a live Komodo dragon was lounging behind them.

Travis took the song title to heart, when he sat next to the animal onstage, performing the booming song while looking at the exotic creature eye to eye. Quavo’s Migos partner Takef also joined in for the performance, launching into his featured verse.

Recently, Scott spoke about how he plans on following up Birds in the Trap Sing McKnight and Rodeo. “I worked so hard on Rodeo and Birds,” he said. “It might not have been recognized by the masses, but my fans always went hard. This year I’m on a mission to be heard.”