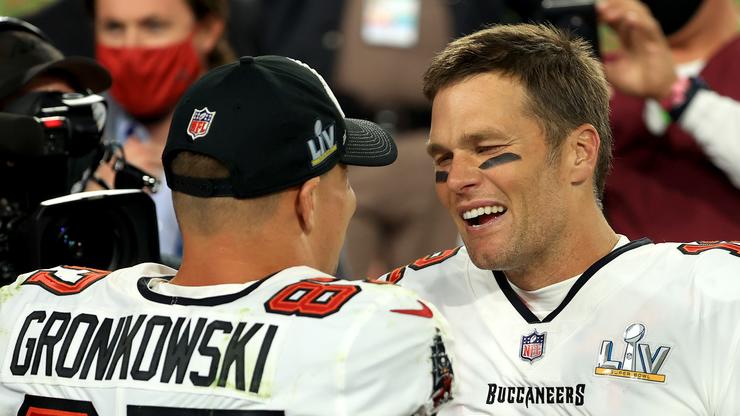 Tom Brady and Rob Gronkowski are easily the greatest quarterback and tight end duo of all time. These two were able to win four championships together and you always knew they were going to be dangerous when sharing the field. Whether it be with the New England Patriots or the Tampa Bay Buccaneers, Brady and Gronk had the juice to destroy opposing defenses at the drop of a hat.

Now, Gronk is officially retired from the game of football, all while Brady is entering his 23rd season at the age of 45. Brady is going to have to get through this season without Gronk, however, he still has plenty of weapons to make a run at a record-breaking eighth Super Bowl title.

With that being said, Gronk is still a big story heading into the Bucs season, and recently, Brady was asked about Gronk and how the team feels about the former star. In typical Brady fashion, he offered few words, however, he did make sure to praise one of his best friends from his football career.

Gronk has been adamant that he does not want to come back, although if he changes his mind, we’re sure he will be welcomed back, with open arms.