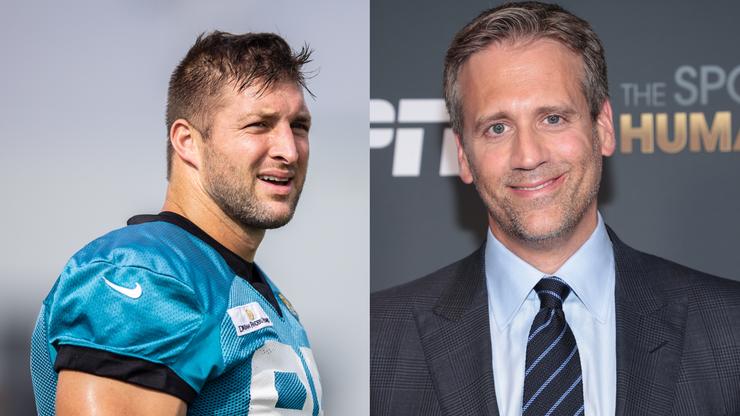 Tim Tebow will reportedly be one of Stephen A. Smith’s rotating co-hosts on “First Take.”

On Wednesday, September 1, ESPN’s First Take aired its final episode with Max Kellerman as one of its co-hosts, confirming weeks of rumors that Kellerman had been axed from the fan-favorite sports talk show. Days later, it has now been revealed that First Take will be moving forward with a new format of rotating co-hosts joining Stephen A. Smith, and one of those co-hosts will reportedly be Tim Tebow.

According to VladTV, the 34-year-old former Heisman Trophy winner is set to join First Take, along with other personalities like Mina Kimes and Kendrick Perkin. This news comes shortly after Tim Tebow was released by the Jacksonville Jaguars.

According to VladTV, Tim Tebow — who used to work for the network as a college football analyst before attempting to make the Jaguars’ roster as a tight end — will face off against Stephen A. Smith on Fridays, while Hall of Fame receiver Michael Irvin will debate with Stephen A. on Mondays.

The new format for First Take is set to debut extremely soon, on Monday, September 6. Will you be tuning in to the new era of First Take? And are you feeling ESPN’s decision to hire Tim Tebow as one of the show’s rotating co-hosts?