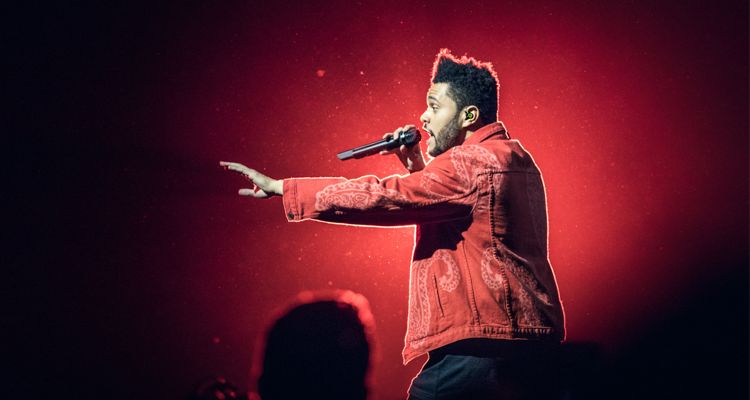 The Weeknd loses his voice during his sold-out SoFi Stadium show in Los Angeles — “Felt it go and my heart dropped.”

Saturday night’s show at SoFi Stadium in Inglewood near Los Angeles was short-lived. The Weeknd stopped the sold-out show during only the third song of his set, “Can’t Feel My Face,” and abruptly walked off stage.

He came back shortly after and told the audience he had lost his voice and apologized for having to cancel. Many fans in the crowd reacted negatively to the sudden news. Some remained seated even as the house lights came up around them.

“I can’t give you what I want to give you,” The Weeknd told the crowd, saying he wanted to apologize to fans personally rather than just through social media. His voice was raspy as he explained, “I’m going to make sure everyone is good. You’ll get your money back. But I’ll do a show real soon for you guys.”

His later statement on social media further explained the situation: “My voice went out during the first song and I’m devastated. Felt it go and my heart dropped. My deepest apologies to my fans here. I promise I’ll make it up to you with a new date.”

Currently, the nature of his condition is unknown, as is whether it will affect future shows. His upcoming shows include a date in Sweden and two in Toronto later in September.

Fans in Toronto were dismayed to encounter another last-minute cancelation from the singer earlier this summer. Canada’s nationwide outage of the country’s leading network provider Rogers Wireless affected the company’s Rogers Centre in Toronto. The outage prevented the cashless venue from functioning and forced The Weeknd to postpone the opening show of his stadium tour.

The singer has also been flexing his acting chops and will soon appear in HBO’s original series, The Idol, scheduled to release later this year. The series will feature The Weeknd, whose real name is Abel Tesfaye, as a music executive turned self-help guru with a questionable relationship with the up-and-coming pop singer he mentors.