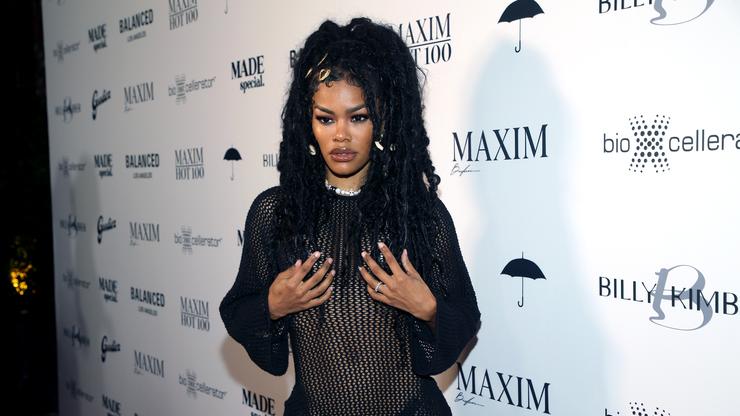 Teyana Taylor revealed the news on the newest episode of “We Got Love Teyana & Iman.”

During the latest episode of NBC’s We Got Love Teyana & Iman, Teyana detailed her experience of having to be rushed to the hospital for lumps in her breasts. Teyana said she was fearful because “cancer runs through my family, so it’s a scary thing both for me and Iman.” The triple threat revealed doctors had to perform surgery on her chest and underarm area for the lump.

Much relief to Teyana and her family, the tissue from the biopsy on the lump came back benign. Teyana revealed that while the coast was clear, she was saddened because she was separated from her family while on bed rest. The singer spent a week in the hospital away from her husband Iman Shumpert and their two daughters Junie, 5, and Rue, who is 11 months. Teyana stated, “It’s tough, I’m definitely overwhelmed because I miss my kids so much, I miss Iman so much.” Teyana is back at home and in good health, but can’t do any lifting for six weeks.

Teyana revealed that the unexpected health emergency changed the dynamic in the household. “Rue don’t understand what’s going on,” said Teyana. “She’s like, ‘Pick me up, hello, what are you doing?’ I can’t do any tight hugs. I don’t even know if I’m going to last six weeks.”

Check out a clip from the episode below.