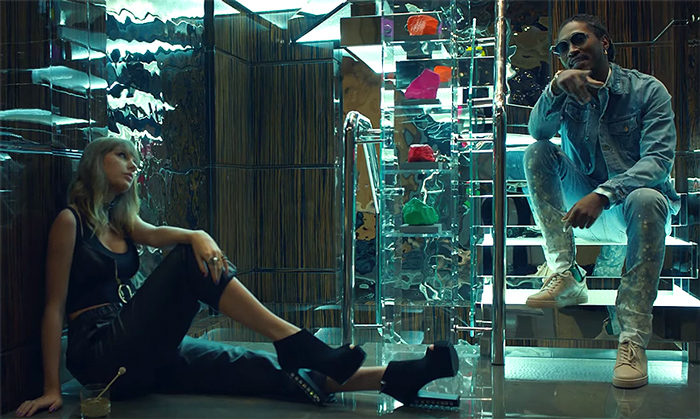 The glamorous and fashionable clip, directed by Joseph Kahn, opens with the pop megastar and rap mogul on board a luxury yacht in Miami. With Future in the driver’s seat, Taylor rides through the city in a Lamborghini and dances poolside on the top deck with her girls. They party at sea before enjoying a fireworks spectacular on the beach.

Next up, T. Swift jets to Tokyo, where she meets up with Ed Sheeran. They hit up a karaoke bar and dance the night away in an arcade before Taylor drives f in her motorcycle.

Then it’s f to London for more partying in a luxurious flat as fireworks explode in the sky. She rides through town in a double decker bus before meeting up with Sheeran and Future for some more festivities.

“End Game” is the latest single f Swift’s chart-topping album reputation, which has already spawned videos for “…Ready For It?” and “Look What You Made Me Do.”

Take a trip around the world with Taylor and friends below.