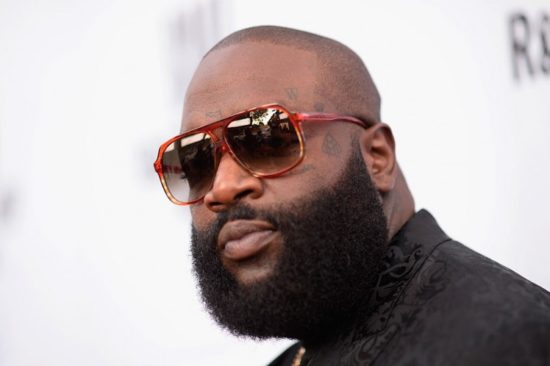 What’s the most aggressive sales pitch you’ve ever heard? Mine came from a mixtape peddler who responded to my response that I didn’t have cash by pulling a Square reader out his pocket. When I declined, he tried to get me to sign up for his newsletter.

All this is to say, there are legitimate ways to be aggressive and try and get your music out there to the world. This guy might have overstepped my personal boundaries, but for some other people I’m sure that made the sale. What will almost never work is the move pulled by a Memphis man looking to attract the attention Maybach Music Group head honcho Rick Ross. According to authorities, the young man named Cedric Miller stuck up a Wingstop owned by the rapper in the hopes getting his attention.

It only took a few days for police to identify the rapper as the man who robbed the fast food franchise owned by Ross, and he was quickly taken into custody.

Local news station WREG asked customers at the Wing Stop how they felt about the scheme… Needless to say, they were not impressed.

“That’s a ridiculous way to get someone’s attention. How are you going to get his attention after sitting in jail?” customer Cameron Blaine told the news station.

Customer Huron Wilson wasn’t skeptical about the kid getting Ross’ attention. After all, business owners tend to sit up when they hear that their business has been robbed. But he doubted that Miller would actually get a deal f it.

“It could get his attention] but I don’t know if he is going to get signed if that’s the case. I doubt it,” he said.