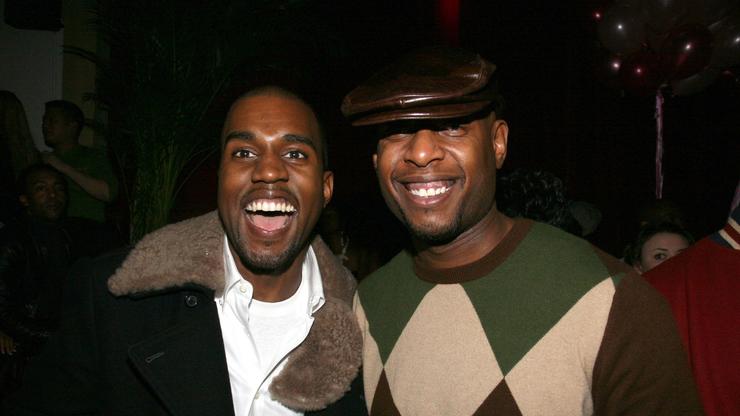 No one quite expected Kanye West to feel the way he does about Talib Kweli because of their storied history. Ye’s appearance on Drink Champs made it abundantly clear that he did not appreciate Kweli’s bars or political stance. The issues continued on part two of the interview which dropped on Thursday night where Ye continued to make disparaging remarks about Kweli and backpack rap as a whole.

Kweli hit back with a post on Instagram where he detailed a few of his recent encounters with Ye. He explained that the Chicago star sang his praises, while also divulging details of his drinking problems. He added that they hung out just last month at Dave Chappelle’s show where Ye was “warm and gracious.”

“Funny thing is tho all my squad including me got love for Ye. None of us love his drunk rhetoric tho,” he explained in response. “The baseball hat jab is hilarious. The disrespect of my rhyme skills is subjective opinions. None of that matters to me. What does matter to me is truth and accountability. Kanye is an amazing artist but MAGA is terrorism. January 6th proved that. No amount of deflection changes that fact.”

Though Kweli stated that he has no ill will towards Kanye over his comments about his skill set, he did remind the public that Kanye West has used ghostwriters in the past. He took to Instagram where he gave credit where credit is due with a “Kanye West Ghostwriter Appreciation Post.” Among the photos included were Pusha T, Common, CyHi The Prynce, Lupe Fiasco, John Legend, Rhymefest, Malik Yusek, GLC, and more.

As expected, his comment section blew up with people like N.O.R.E., GLC, and Malik Yusef chiming in on Kweli’s post. The Drink Champs co-host simply typed, “petty” in the comments. Yusef thanked Kweli, though he immediately explained that he wouldn’t consider himself a ghostwriter of any kind to Kanye. “I’d preferred term co-collaboration expert, I know that Ye loves U, and so do U,” he said. “He took me off of a song and put U on it, that shit stung beloved but nevertheless and always the more, I took it and kept creating,” he continued before adding that Kanye could do an “album dolo at any given time” but he prefers “the blog sport of gladiators in the arena.”

“Many never survive a Ye album process, u r one of the elite who have and we r not enemies and this ain’t no need to betwix u and I in the least, I support U and your cause and I love U,” he added. Kweli noted that adding him to a song to replace Malik is a “very strange flex for someone who NEVER LIKED THE WAY I RAPPED.”

GLC echoed a similar sentiment to Yusef in the comment section where he insisted that he’s a co-collaborator to Ye’s creative process. “Ye is our brother and with your assistance early he influenced me to change my life & saved it. I will never forget when we was on tour with u early. U showed us that the dream could manifest & would manifest into reality,” he wrote.

Ultimately, Talib Kweli made it clear that Kanye isn’t in the position to comment on his pen if he’s a rapper “who need other rappers to write with them.”

“I have never uttered a disrespectful word about our brother and as you full well know I had his back when the world did not,” Kweli replied. “The disrespect of my name and my legacy will not be tolerated. Peace.”

What are your thoughts on Kanye West and Talib Kweli’s back-and-forth? Let us know in the comments.