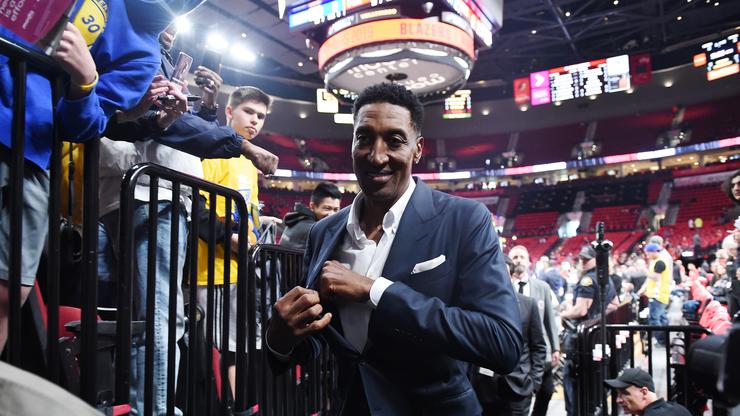 Scottie Pippen is also taking the Bulls dynasty over the Warriors.

Scottie Pippen has been taking a lot of shots as of late, especially against Michael Jordan. Pippen is incredibly upset at the Bulls legend and he is making sure that everyone knows about it. In his book Unguarded, Pippen came out and said that he feels as though Michael was a horrible teammate and that if you were to ask people on the Bulls, they would say that Pippen was a better guy to play with.

Within the book, Pippen also compared the Chicago Bulls to the Golden State Warriors. There were quite a few interesting passages on this matter, including one in which Pippen compared the various positional matchups on the team.

As you will see, the only matchup that Pippen wouldn’t touch was the point guard situation, as Steph Curry would very obviously defeat Steve Kerr. When it comes to small forwards, however, Pippen had an interesting opinion when comparing himself to Kevin Durant. “Me or Kevin Durant at small forward? You could go either way,” he wrote. This is a take that is being ridiculed online, and it just goes to show what Pippen is really trying to do here with his book.

At the end of it all, Pippen claimed that the Bulls would beat the Warriors in six games if they were to play a best-of-seven series. Many historians would agree, however, the Pippen over Durant take is truly something egregious.