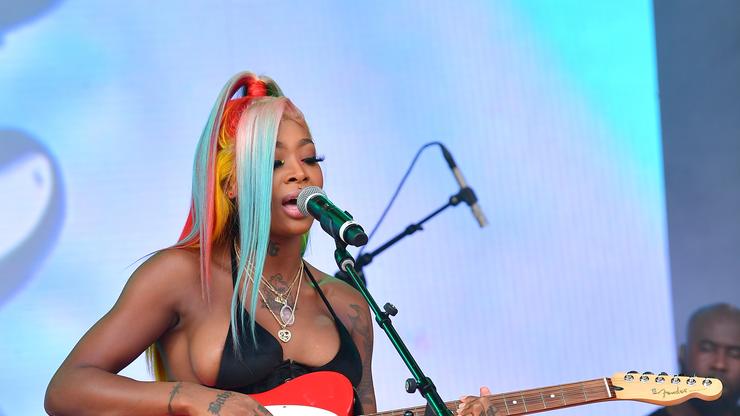 After a successful award-winning debut album, R&B songstress Summer Walker announces via Instagram that her new project is almost done.

Summer Walker has been giving fans a preview of her album-making process by posting a series of photos on the gram. The new mother recently shared a photo in the studio with a host of other creatives, captioned “Almost Done”. Thus far we know that she has been in the studio with Omarion, SZA, Ari Lennox, Diddy, and Lil Durk. In July she shared a snippet of new music on Instagram to an overwhelmingly positive response. “Comment if you ready to smoke cry & sing lol,” she captioned a clip of herself in the studio with the new song playing.

After her high-profile breakup with Producer London On Da Track, fans can expect the new album to include subliminal messages and Instagram-worthy captions intended to shade men. Despite their personal differences, the former lovers proved to be a formidable musical duo. Debuting at number 2 on Billboard, Over It was met with critical acclaim upon its release and celebrated for returning to a classic R&B foundation. The album won best album at the 2020 Soul Train Music Awards and was the most streamed album by a female artist on Apple Music in 2020.

Fans have been patiently waiting and are for sure excited about her announcement:

Comment below if you’re excited about new music from Summer Walker.