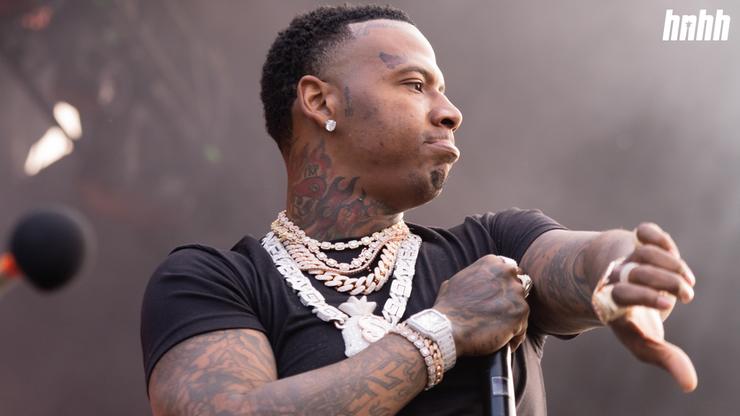 MoneyBagg Yo has the top-selling hip-hop album of the year so far, standing tall for another month.

MoneyBagg Yo is having an insane year, clocking in the biggest commercial numbers in his career to date. The Memphis-based rapper has been consistent for many of the last five years, but in the pandemic, he strived to his highest level and achieved the most sales among hip-hop artists for an album released this year.

Last month, it was revealed by HitsDailyDouble that MoneyBagg Yo had the highest number of sales on a rap album released in 2021, and he’s maintained that position for the last thirty days, taking an even larger lead.

According to the latest numbers, MoneyBagg Yo has sold 777,000 copies of his new album A Gangsta’s Pain, which is the most out of any other rapper this year. J. Cole crept up to the second place position with 723,000 sales on The Off-Season, while Pooh Shiesty goes down to third with 712,000 units. Polo G and Rod Wave rounded out the top five, with Doja Cat, Lil Baby and Lil Durk, Lil Tjay, Young Stoner Life Records, and DJ Khaled closing out the tally.

At this point, it’s looking like MoneyBagg Yo has the top spot locked down– until Drake, Kanye West, and Kendrick Lamar drop, that is.

Be sure to check out our latest digital cover story with MoneyBagg Yo here. Also, check out our recent interviews with YSL Records here, since they’re also on the list!