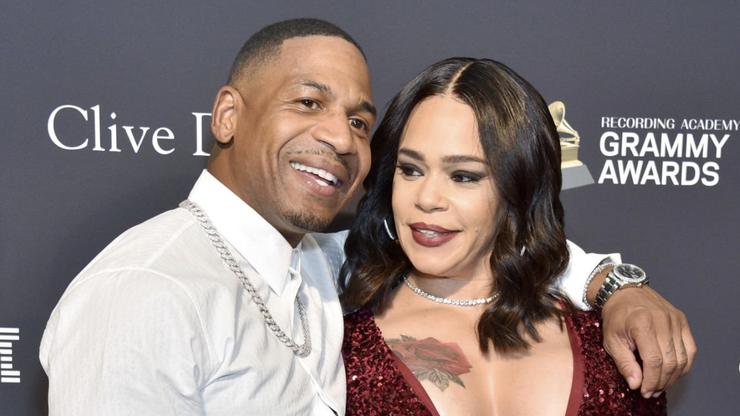 She reportedly stated in court docs that no one in the law firm wants to represent the hitmaker, either, citing “conflicts” that “have risen.”

Although some court records have been made public, no one truly knows what is going on with Faith Evans and Stevie J’s divorce. The pair have been friends for decades, ever since they both were making hits for Bad Boy Records during the label’s golden era, but in recent years, they decided to take the leap into romance. Then, news arrived about their intimate Las Vegas wedding and people expected them to live out their blissful marriage.

However, there have been hints at trouble in paradise, especially after Evan was arrested on suspicion of domestic violence. Stevie reportedly didn’t want to cooperate with the police and the issue faded to black.

In November 2021, it was announced that Stevie and Faith decided to end their union and filed for divorce. It was reported that the award-winning producer was seeking spousal support, but as the legal battle rages forward, Radar Online has stated that Stevie’s lawyer has dropped him as a client.

According to court documents obtained by Radar, a Los Angeles Superior Court judge granted a motion brought by the reality star’s former representation Kimia Klein from the law firm Fox Rothschild LLP. Klein claimed she was unable to continue working for Stevie due to an “irremediable breakdown.” In court docs, she wrote the breakdown in their “attorney-client relationship” was such that a “genuine conflict” had arisen between the firm and Stevie.

Klein reported wrote in documents, “Despite several attempts by my office to informally resolve the issues with Steven, we have been unsuccessful in resolving the issues.” Apparently, others attorneys in the firm do not want to represent him, either. “I feel compelled to articulate that the relationship has broken down sufficiently so that my colleagues and I cannot continue to represent Steven, and that conflicts have risen.”

It is unclear if Stevie J has acquired new legal representation in connection to his divorce.