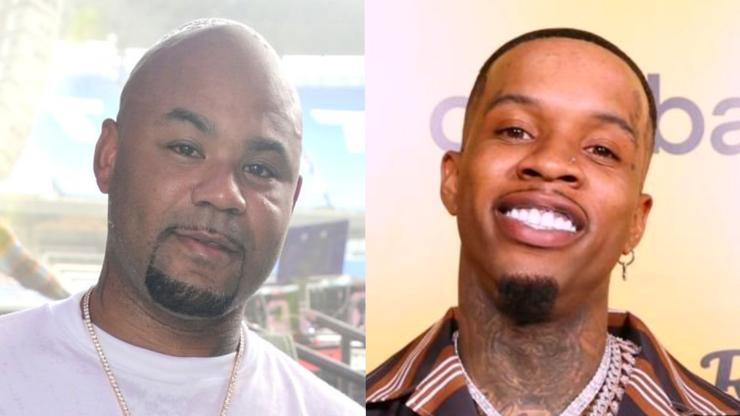 Both men have legal cases involving Megan Thee Stallion and the internet had quite a bit to say about the controversy.

Whatever club Carl Crawford was at looked live as a video he shared showed a packed house. The 1501 Certified Entertainment boss was out on the scene enjoying the fruits of his labor and he certainly wasn’t alone. In the clip posted to his Instagram page, Crawford linked up with J. Prince Jr., Sauce Walka, and Tory Lanez, and the fellas were laughing and drinking with the camera rolling.

“U never know who u might bump into in the [emojis],” Crawford wrote in the caption. The clip sent a wave of discussions through several social media platforms as Megan Thee Stallion’s name was thrown into conversations.

Megan has pending legal cases with both Crawford and Lanez, and many people believed that the men shared the videos of themselves because they wanted to taunt her. This, of course, was not said or communicated by either Lanez or the label boss, but it didn’t stop people from speculating on social media.

As far as their cases are concerned, Crawford and Megan have been going at it about her final album on 1501 and disputes about finances. Lanez has been accused of shooting Megan during the 2020 incident that took over news cycles and continues to divide Hip Hop. Check out Crawford’s video as well as a few reactions below.