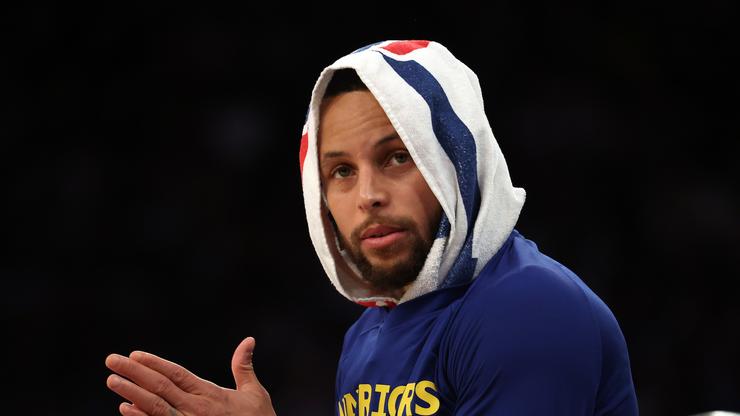 Steph Curry had a historic night on Tuesday.

Steph Curry is one of the best players in the world, and this season, he has been playing at an MVP level. Last night, the Warriors point guard ended up making history as he broke Ray Allen’s three-point record. Curry needed just two three-pointers against the Knicks to get it done, and he was able to accomplish that in the first quarter.

As you can see in the clip below, Curry’s record-breaking three was a beautiful one, and it was yet another example of just how phenomenal of a player he is. After breaking the record, Curry was even congratulated by Allen himself, who showed up to the game.

Following the win, Curry spoke to the media where he gave his thoughts on breaking the record. As you can imagine, Curry was stoked about the achievement, and now, he will get to build upon his record, that could take a while to be broken again.

“This is something I’ve been dreaming about, and I don’t know when the first dream happened. I love to shoot the ball, something I’ve been doing since I was 3 years old,” Curry said according to ClutchPoints. “When you go through the ranks, you love the work that you put in.  You love the results that come from it. I told them it’d been an amazing journey being a Warrior for these 12 and a half years, all the guys that have set screens for me, passed me the ball, bought into the system, that creates that beautiful Warriors style and brand of basketball, all that plays into that moment.”

Curry is already cemented as one of the biggest legends in the history of the game, and with this record, he has built a nice case for himself as one of the top five players to ever do it.