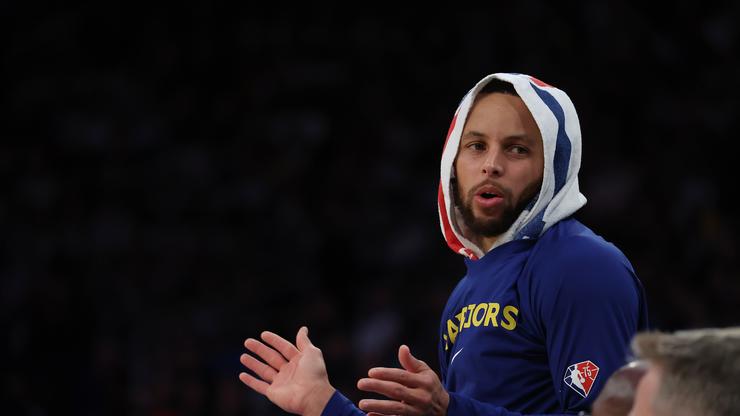 Steph Curry had a nice gift for some of his favorite teammates.

Steph Curry had a historic night on Tuesday as he broke Ray Allen’s three-point record. It took Curry 500 less attempts to break Allen’s mark, which just goes to show how great of a shooter Curry really is. The Golden State Warriors superstar completely changed the way the game is played, and there is no doubt that he will go down as a top five player when all is said and done, especially if he wins another title.

As you can see, Allen was actually there to congratulate Curry, as the Warriors PG did at Madison Square Garden, which is one of the most historic arenas in the league. Needless to say, it was a storybook way to break the record.

After the game, Curry decided to give respect to some of the guys he has been playing with the longest. In the clip below, Curry gifted Rolexes to Andre Iguodala and Draymond Green, and as you can see, they were both very excited about this token of appreciation. The watches were engraved, and it was the perfect token of gratitude following a record-breaking night.

Of course, these three have won three NBA titles together, and they are looking to get a fourth on this season. While Klay Thompson wasn’t in the video, we hope he got one too, especially since he is the second Splash Brother.