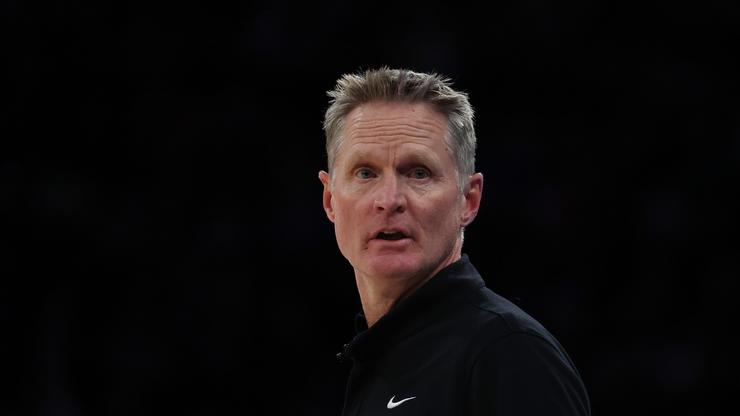 Steve Kerr had a lot to say about Curry’s incredible achievement.

Steph Curry has broken yet another NBA record as he now has the most three-pointers in the history of the game. No one thought a player would be able to break this record so quickly into their career, but Curry has managed to do it. In fact, Curry was able to complete the record at Madison Square Garden, which is one of the most sacred buildings in basketball.

Ray Allen was in attendance to watch his record be broken, and immediately after Curry’s shot, he congratulated the Golden State Warriors superstar.

After the game, Warriors head coach Steve Kerr got to speak about the record, and how Curry reacted to it in the locker room. As you will read, Curry was all smiles, and rightfully so.

“Steph in the locker room was vintage Steph,” Kerr told Mark Haynes of ClutchPoints. “He was joyful. Grateful. He talked to the team about how much they mean to him. How much the game means to him and the process. It’s just he is who he is. That’s the beauty of Steph. He’s so authentic and so genuine. I thought the night was perfect. It pretty much encapsulated who he is and his reaction to it was, was perfect.”

It was also a great night for the Warriors as a whole as they won the game and improved their record to 23-5. It was yet another example of just how great this team truly is.