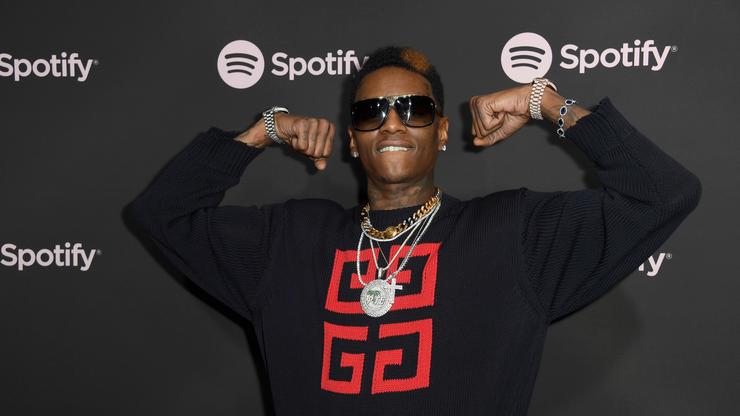 Soulja Boy says he’s putting his rap beefs behind him to focus on being an actor.

Soulja Boy says that he is focusing solely on his acting career in 2022 and plans to put all of his rap beefs behind him going forward. Soulja’s Revolt TV series is set to premiere later this month.

“2022, my new TV show coming out January 21 [with] Revolt TV, shout-out to P. Diddy,” the rapper said during an Instagram live stream. “Being Draco, new TV show January 21, 2022, we going into the year with all positive energy, you know what I’m saying? I ain’t got no beef with nobody. I ain’t got no smoke, no problems, no nothin’. All I’m doing is TV show and movies, I’m a actor now.”

As of late, Soulja hadn’t been shying away from public disputes, sharing beef with Kanye West, the late Young Dolph, and NBA YoungBoy.

Soulja first teased doing a television show for Revolt during an Instagram Live session in October: “Big shout-out to P Diddy, big shout-out to Revolt. I got a new TV show coming out on Revolt TV. Shout-out to Puff Daddy, y’all know what the fuck going on. My new TV show is coming soon and it’s going viral, no cap.”

Check out Soulja’s recent comments below.