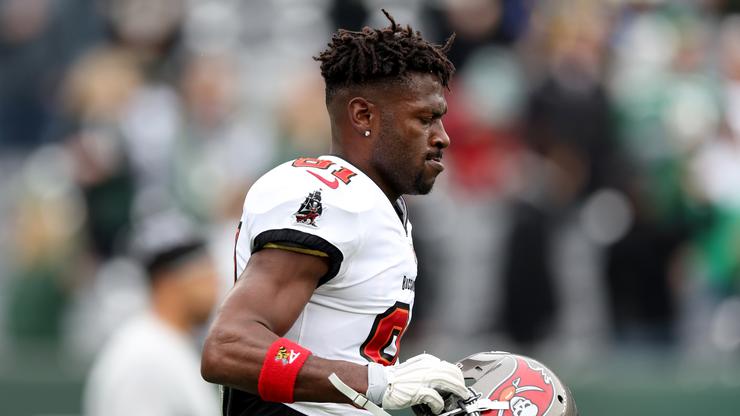 It wouldn’t be a chaotic day of football without Antonio Brown. While the Tampa Bay Buccaneers secured a 28-24 victory over the New York Jets on Sunday, the win came with a loss. A video was released that showed AB visibly upset on the sideline and removing his jersey. Teammates can be seen pleading with the player, but he ultimately tossed his jersey into the crowd in what seemed like a mid-game retirement. Brown could be seen throwing up the deuces while making his way to the stadium’s tunnel.

Well, Brown wasn’t the only one who was upset. Former player and notorious icon, O.J. Simpson, took to Twitter to express his disdain for Brown’s actions. “One thing that we agree on, as well as other people in here, what Tom Brady has done for Antonio Brown, for him to pull what he pulled today is completely inexcusable,” he said. “Playoffs are coming up and you pull this crap on a guy who really went out on a limb for you, it’s totally B.S,” he continued.

Following the incident, Tampa Bay head coach Bruce Arians cut Brown from the team and made a statement to the public, saying, “He is no longer a Buc”. Arian also claims that Brown’s outburst stemmed from being asked to go into the game, which Brown allegedly refused.

Tom Brady also addressed reporters following the incident, saying, “I think everyone should be compassionate and empathetic toward some very difficult things that are happening.”

Brown quitting comes three weeks after he was suspended for three games without pay for violating COVID-19 protocols. Prior to his suspension, he signed a one-year deal with the Buccaneers.