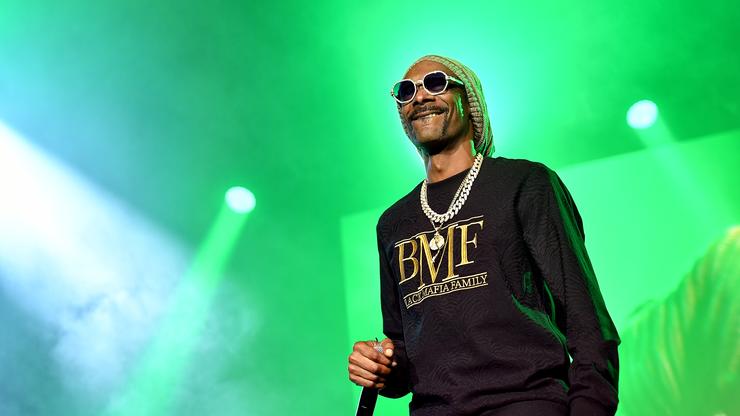 Snoop says he wants to run his former record label.

Snoop Dogg has been in the rap game for nearly 30 years.

And with his 19th studio album, The Algorithm, set to release this Friday, November 12, Tha Doggfather revealed what he wants to accomplish next.

In an appearance on Million Dollaz Worth of Game, Snoop revealed to hosts Wallo and Gillie da Kid that he wants control of Death Row Records.

“I think all of Death Row should be in my hands,” Snoop said. “I should be running that shit. Just like I’m [in] a position at Def Jam, Death Row means more to me because I helped create that. I think they should give me that and let me run that shit with the merchandise out, with the music all over the world. [Add] some new West Coast acts.”

Snoop was signed to Death Row, founded and by Suge Knight, from 1992-1998 and is correct in saying he helped create it. Along with Dr. Dre and later on, Tupac Shakur, Snoop was responsible for making Death Row the prominent force in West Coast hip-hop for the majority of the 90s, and nearly two-and-a-half decades after leaving the label, he wants back in.

Explaining that he would sign West Coast acts Roddy Ricch, Ty Dolla $ign and YG to Death Row, should he end up with any operating power, Snoop said he might end up with the label sooner rather than later.

“It’s just a lot of heat over there and it’s not being handled right,” he told Wallo and Gillie. “But a little birdie told me it may fly my way and if it do, you’ll get everything that I told you … If I can get Def Jam poppin’, what could I do with Death Row? Just imagine that.”

Check out Snoop’s full appearance on Million Dollaz Worth Of Game below, and let us know what you think of his Death Row remarks down in the comments.