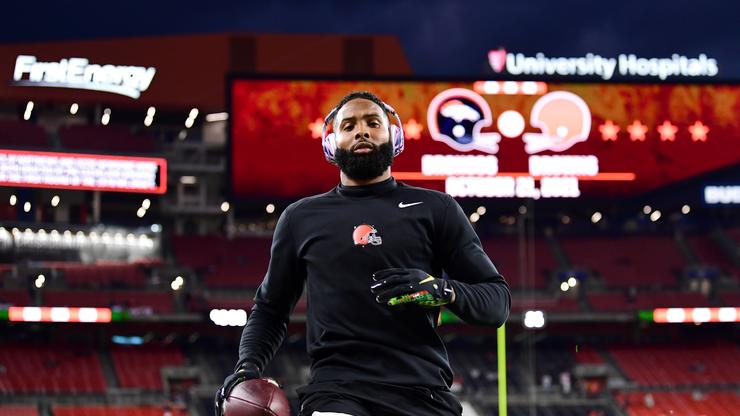 Odell Beckham Jr is expected to be officially released by the Cleveland Browns today, which means he will get to go on Waivers. OBJ doesn’t have much of a choice in terms of where he ends up, and as it stands, the Detroit Lions are the number one priority on the Waiver Wire. Having said that, there is no guarantee when it comes to who is going to end up taking the superstar wide receiver.

At this point, there are various teams that could use him, and a lot of teams are taking a serious look at whether or not he would be worth it for the rest of the year. If you’re a contender who needs some wide receiver talent, then OBJ’s Waiver appearance will prove to be quite attractive.

In a report from Mike Florio of Pro Football Talk, it was revealed that three teams, in particular, are very interested in OBJ’s services. Those teams are the New Orleans Saints, the San Francisco 49ers, and the Seattle Seahawks. As Florio goes on to say, sources suggest that Beckham Jr actually wants to go to Seattle where he would get to play with Russell Wilson.

The Seahawks already have an incredible wide receiver core, although OBJ would certainly help bolster the offense. At this point, however, the Seahawks are in trouble as Russell Wilson has been out with a finger injury.

Stay tuned to HNHH as we will bring you all of the latest updates on Beckham Jr’s status.