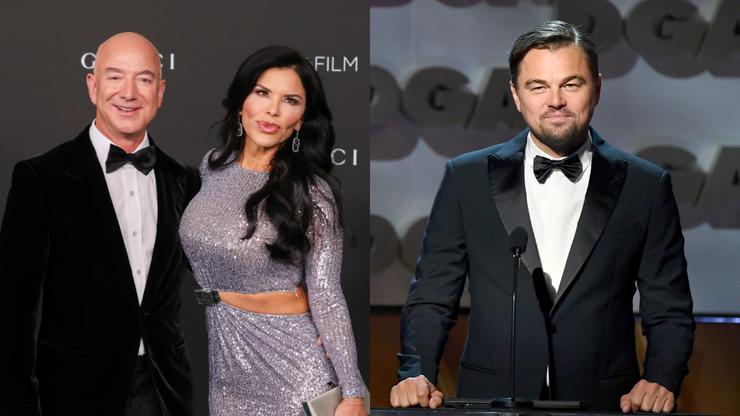 Twitter had a field day when Bezos’ current girlfriend made eyes at DiCaprio.

Jeff Bezos has all the money in the world, but even that cannot shield him from disloyalty.

Over the weekend, several celebrities paid a visit to the 10th Annual LACMA ART + FILM Gala, as they shared words and took stunning photos. However, Jeff Bezos’ trip to the Gala was not ideal, as his girlfriend, Lauren Sanchez, seemed to take a liking towards Leonardo Dicaprio when Bezos’ introduced them.

Other memes such as Future and Druski skits were used to simulate how Bezos and DiCaprio acted during the rendezvous.

It is clear to see that Bezos’ partner was fascinated by what she saw in DiCaprio, and likely forgot Bezos was right next to her for a split second.

This would not be the first bump in the road for Bezos’ and Sanchez’s relationship, as Bezos had a legal dispute with her brother, Michael Sanchez, in 2020. Michael had lost a defamation case Bezos filed against him after he distributed intimate texts between his sister and Bezos. Lauren had sent Michael nude photos of Bezos, in which Michael revealed to the world.

The defamation case would eventually be thrown out, but Michael was ordered to pay $250,000 to Bezos to cover his legal fees. After this order, Michael was accused of hiding his assets so he would not have to pay Bezos, and was eventually sued.

Amazon’s former CEO, and now Executive Chair of the Board, cannot seem to avoid issues with Lauren Sanchez, as this latest DiCaprio debacle likely leaves a bad taste in his mouth. While Bezos assumed it would be greener pastures after divorcing his wife in 2019, it may not have turned out that way.

Watch the intriguing video of Bezos’ girlfriend below.