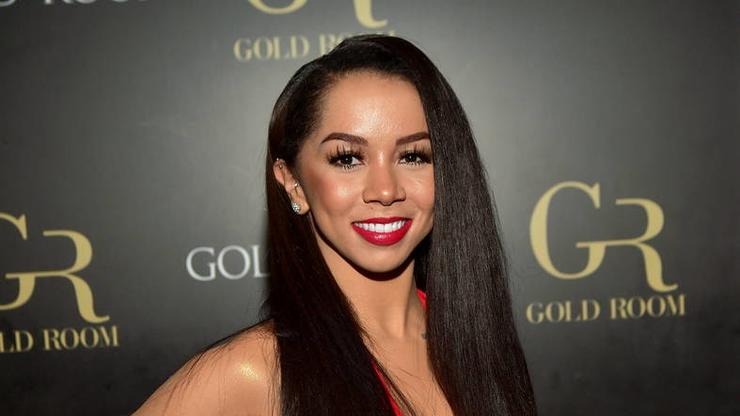 Brittany Renner may once again be up to no good. The social media influencer was found meeting up with image consultant Kevin Samuels, with Samuels filming her standing beside a car.

“Shirley…Shirley can’t fit in that. But she can…” Samuels says as he pans the camera to Renner. Renner interjects with a laugh, “I know who can,” before Samuels ends, “Uh oh, bye Shirley.”

Renner recently split from her ex, PJ Washington, with allegations from the basketball player that she had been “faking” their relationship the whole time. Fans reacted strongly to the controversial relationship, as the fitness model’s lineup includes an extensive lineup of big names, including James Harden, Drake, Lil Uzi Vert, Jamal Murray, Ben Simmons, Trey Songz, Chris Brown, Colin Kaepernick, and more.

However, Washington and Renner went on to have a baby together. The two called it quits in July, with the NBA player making claims that Renner had trapped him and used him solely for fame and money.

Samuels is also not without a few controversies. The consultant is infamous for creating a platform out of critiquing the physiques of famous women, including the likes of Lizzo and Big Shirley, who is assumed to be the woman he is referencing in the video.

Samuels has previously targeted Lizzo for her contribution to a body positive Nike campaign— except it wasn’t even Lizzo in the ad.

“BBWs Don’t Be Afraid To Get On Top. If He Dies, He Dies! Just do it,” the ad joked. Despite the headline, the ad look real and was enough to fool Samuels. In the caption, Samuels added, “So now violence is okay? Or is it just one way violence from women to men? Oh, wait it’s just a joke, right? No major, or even minor, brand would dar do something like this if the genders were reversed.”

The consultant is also known for rating women based on their physical appearance on a scale of one to ten. He has previously rated rapper Saweetie a six, calling her “an adjustable six, meaning she could go from cute to pretty.”

What do you think of the pair? Do they make a good couple, let us know in the comments.

Check out the clip from Samuels’ IG story below.