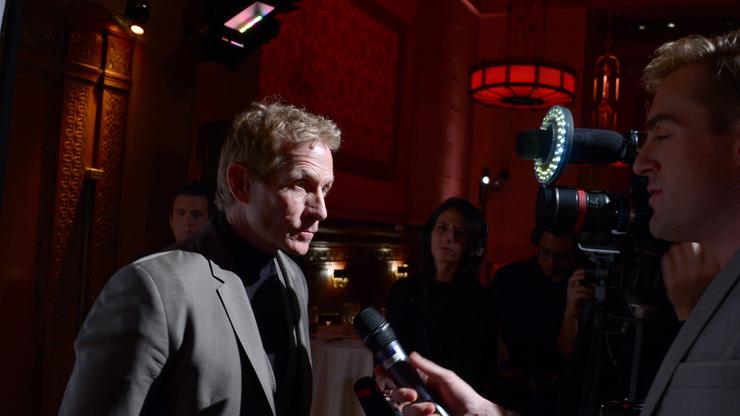 Skip Bayless never miss an opportunity to slander the Lakers.

Russell Westbrook is one of the better point guards in the league, and when the Los Angeles Lakers traded for him in the offseason, there was a belief that he would turn the team into instant contenders. The team was already a championship-caliber squad, however, the addition of Russ would theoretically push them over the edge.

In the preseason, Russ has been abysmal. In his first game, he had six turnovers in the first quarter and finished with just two points. Last night, the Lakers got blown out again, all while Russ had another underwhelming night with five turnovers. Of course, preseason doesn’t mean much, but it’s clear that Russ is struggling with his new team.

Skip Bayless has always been a staunch hater of both Westbrook and LeBron James, so it should come as no surprise that the FS1 analyst made some snide comments last night as a way to twist the knife on Lakers fans. In fact, Bayless suggested that the Lakers should force Russ and LeBron to change positions.

“Are you Laker fans watching Russell Westbrook? What a turnover machine,” Skip wrote. “Six in the 1st half on Fri night, five more tonight (that were nearly seven). Just now, he was dribbling up the floor and just lobbed it out of bounds. LeBron is going to love this. HE should be the PG!”

While this sort of change probably won’t happen anytime soon, there is no doubt that the Lakers are going to have to have a strategy if these sorts of performances carry over into the regular season. The Lakers are expected to do big things this year, and mediocrity won’t be tolerated.