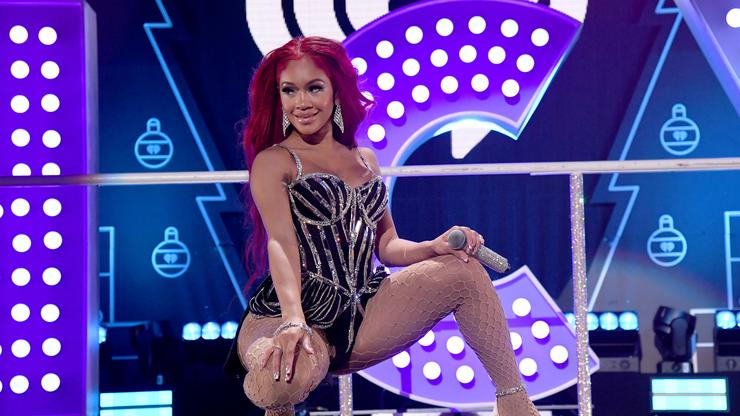 She’s taken some hits over her live shows, but Saweetie showed off her skills by shaking it fast.

Unfazed and unbothered, Saweetie returns to social media to show her critics that she stands ten toes down on her performances. The rapper has been staking her claim in the industry and this year, Saweetie landed two Grammy nominations. As she celebrates her successes, she continues to take to coveted stages to perform her biggest hits including “My Type” and “Best Friend.”

Yet, for years, Saweetie’s dancing skills and live shows have often caused her to face off against people who believe that at this stage, she should be better. Saweetie has addressed those criticisms in the past, in particular in response to her recent Saturday Night Live display, by saying that she’s proud of what she delivered on stage.

This week, Saweetie once again became a trending topic after a clip of her Jingle Ball performance went viral. The rapper is seen bent over as she twerked and clicked her heels, and in response to the controversy, Saweetie uploaded a video of herself tackling the moves once again with her backup dancers.

“I heard i was the best twerker in da worrrrrrld [tongue out emojijs] #icychainchallenge [snowflake emojis] reposting my fave videos tag me @theicygrls,” she wrote in the caption. Her fans have commended her for her reaction and have flooded her mentions with positive feedback. Check out Saweetie’s post below.