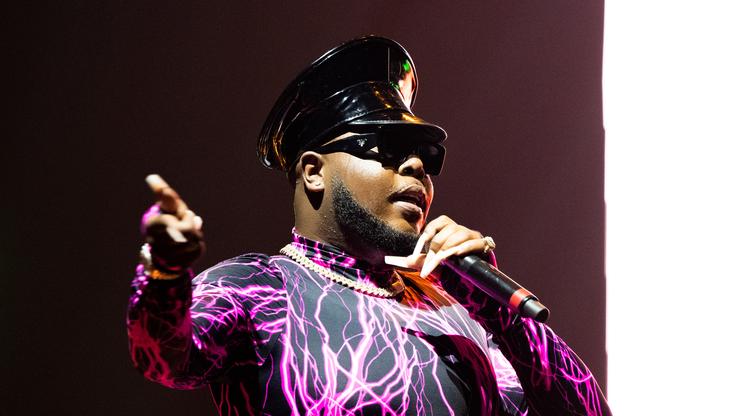 Santana wasn’t here for the crew pranking him as he performed.

Saucy Santana has quickly become one of the hottest LGBT rappers in the game. His fame may have come from delivering hilarious commentary on IG live with the City Girls, but he used his popularity to transition into the music industry and hasn’t stopped progressing since.

His songs “Material Girl” and “Walk” took over TikTok, and made the 28-year-old rapper a sensation. He gained so much traction that he was asked to join Latto on her 777 tour which started in March.

Things seemed to be going smoothly with the tour until last night. Yesterday, while performing at their second to last show in Florida, things got a bit steamy between Santana and the crew. Video footage captured the “Shisa” rapper throwing water on the DJ before tossing the entire bottle at him. As the crowd began to yell and gasp, the DJ grabbed the mic and said, “The show over with. He done f*cked the computer up.”

After social media users saw the footage and were left confused, Santana took to his Instagram story to explain what went down. “We’ve been on this tour, and they’ve been giving big childish,” he started, “the whole tour people been playing games, but I kept telling people, ‘Don’t play games with me because I’m a b*tch that don’t play games.'” He went on to explain how the crew, despite his warning, brought out two chihuahuas as he performed his hit single “Walk Em Like A Dog.”

He wrote on his story, “Don’t bring no puppies on stage while I’m performing! Ion give af what u thought. I know how to keep my crowd going! ion need no gimmick!”

Apparently, he wasn’t the only one who was a victim of prank day. Santana revealed that prior to his performance, the team threw toilet paper on rapper Kali, and made her pick it up.

Watch the incident down below.