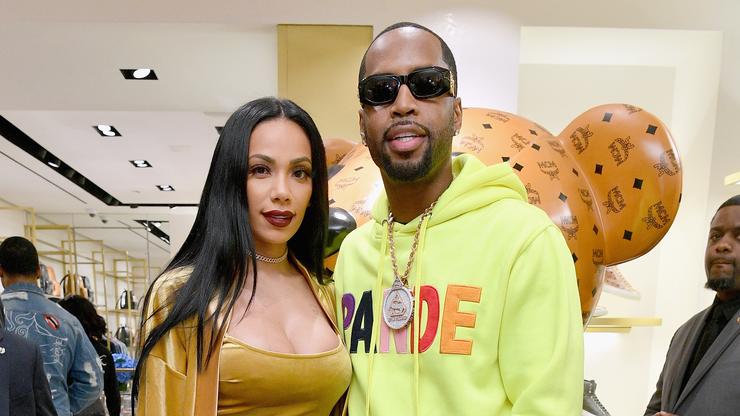 She accused her estranged husband of abandoning his family before he apologized for doing anything that hurt her.

They may be engaged in an ongoing divorce, but Safaree Samuels and Erica Mena have reunited for the latest season of Love & Hip Hop: Family Reunion. For its second season, production is taking some of the most memorable figures on its famed franchise and putting them together for a family reunion-style get-together where they address their issues and attempt to find a resolution.

While Mena was pregnant with her second child with Samuels, the pair announced that they were divorcing. They traded shots on social media and details regarding their split have been laid out in court documents, but the world is getting a firsthand, emotional look at what the couple has been enduring.

In the series, Mena has been playfully avoiding flirtations from her ex Rich Dollaz while ignoring her estranged husband. The distance, lack of communication, and feeling as if he is being portrayed as a villain seemed to get under Safaree’s skin. Not only did he confront his wife about her behavior, but the two shared a tearful moment when they seemed to lay down their swords.

Watch the couple come to terms after Mena accuses him of abandoning his family—an allegation that Safaree vehemently denies. Check it out below.