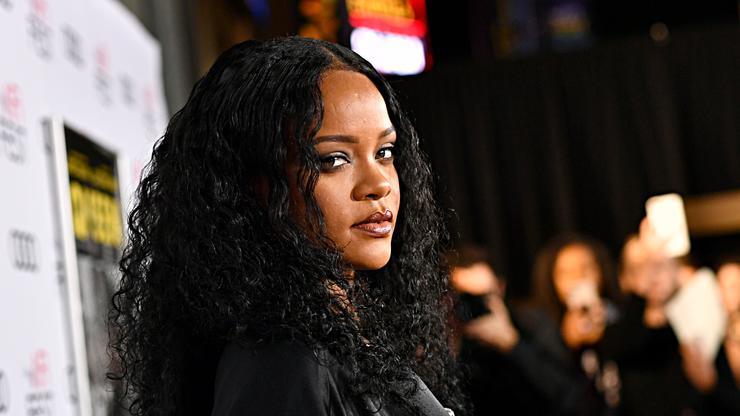 Rihanna unintentionally acted as an A&R recently on IG when she posted a video with up and coming rap artist Stunna Gambino’s new single “DEMONS” playing in the background.

When it comes to Rihanna, there isn’t too much she can’t do — singer, actress, model, brand ambassador, clothing designer, coffee table book curator and most recently beauty empire guru are just some of her glowing titles. It now looks like she can add A&R to that list as well since it appears that anything she posts on her highly-influential Instagram page is sure to be a future hit. For burgeoning rap artist Stunna Gambino, he’s about to find that out ASAP.

While promoting something entirely different — Sweet To De Bone looks and sounds tasty by the way, Rih! — the pop queen just so happened to be playing Stunna Gambino’s new record “DEMONS” in the background. We’re sure Rihanna wasn’t completely unaware of what was on the playlist, but just having her use the song to soundtrack something as simple as a foodie promo post displays influence that only she could possess. The song currently has a little over 600,000 views since Gambino uploaded it a few weeks ago (Dec 10), but we’re willing to bet all the new attention will surely garner the emcee some new fans and eyes on his music. That Rihanna reign just won’t let up!

Let’s just hope the baddest gyal keeps an eye out when it comes to posting all these ‘chunes.’ She recently was sued by a father/daughter duo for using their song without permission for a FENTY Instagram ad. The copyright infringement case seems to be in the early stages though, so good luck Rih and again be careful — everybody is looking for a quick buck nowadays, Queen!

Peep Rihanna‘s support of “DEMONS” by Stunna Gambino and the song’s official music video below, and let us know down below in the comments if you agree with Akademiks on whether she could be a good A&R: