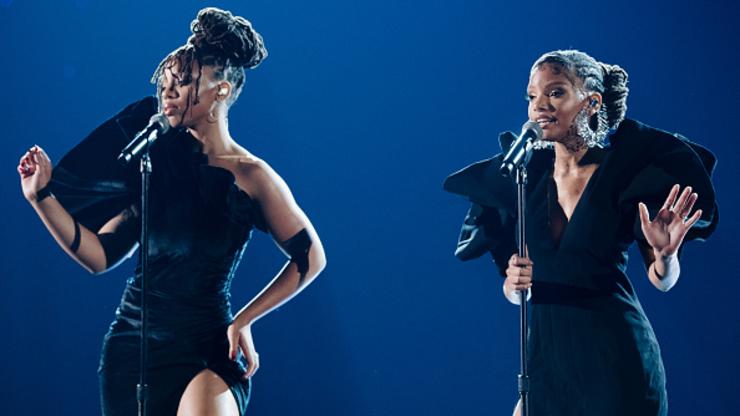 Fans are bringing up the solo conversation already.

Chloe x Halle have had an amazing 2020. Despite the pandemic, the girls have still managed to be one of the most prominent R&B acts of the year. Their latest album Ungodly Hour received a Grammy nomination for Best Progressive R&B Album this year, proving their immense talent. An energetic new performance from the sister duo has people bringing up the solo discourse conversation every group act experiences at some point.

The performance in question was at Verizon’s private virtual show “Verizon Up” where they performed their song “Forgive Me.” The performance was quite steamy, something fans felt was a little unusual for the girls.

“Either Chloe wants to really go solo at this point or Parkwood told them to purposely amp up their distinct personalities to get us talking on the internet, cause…” said another fan. The difference in their stage presence stirred up the solo conversation among fans.

Fans have already pointed out the numerous times the girls have already shared how they feel about potentially going solo in previous interviews. “That’s a fun thing for us to imagine about one another — knowing that we will always be together as well.” Halle said in an interview this year when answering a question about future solo projects.

The duo has yet to comment on the matter.