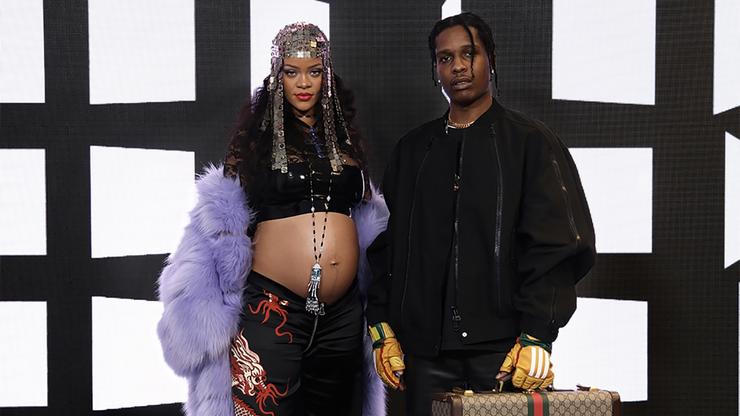 RiRi and Rocky appear to be taking a baecation to her homeland amid the chaos.

Rihanna and A$AP Rocky appear to be the opposite of broken up on their baecation to Barbados, despite what rumours online tried to have us thinking late last week. In case you missed it, several sources came forward with claims that the celebrity couple had separated due to an alleged infidelity with designer Amina Muaddi.

In the days since, the shoemaker herself has come out with a statement denying the “unfounded lie,” writing, “I initially assumed that this fake gossip – fabricated with such malicious intent – would not be taken seriously. However, in the last 24 [hours] I’ve been reminded that we live in a society that is so quick to speak on topics regardless of factual basis and that nothing is off-limits. Not even during what should be one of the most beautiful and celebrated times in one’s life.”

We’ve also heard from the Twitter user who shared the initial gossip, a fashion influencer named Louis, who has since apologized and admitted to starting “unnecessary drama” while leaning into “being messy as a brand” online.

While Bad Gal RiRi and her beau have yet to address the drama themselves (if they choose to at all), we think this video of them getting handsy in Barbados only further proves that there’s no trouble in paradise.

The clip — obtained by TMZ — finds the duo walking (in style, of course) shoulder to shoulder through the airport, and as they near the exit, the rapper can be seen sliding his arm around his girl’s waist, pulling her closer.

It remains unclear what Rocky and Rihanna will be getting up to in their trip, but make sure to check back in with HNHH later for more celebrity updates.