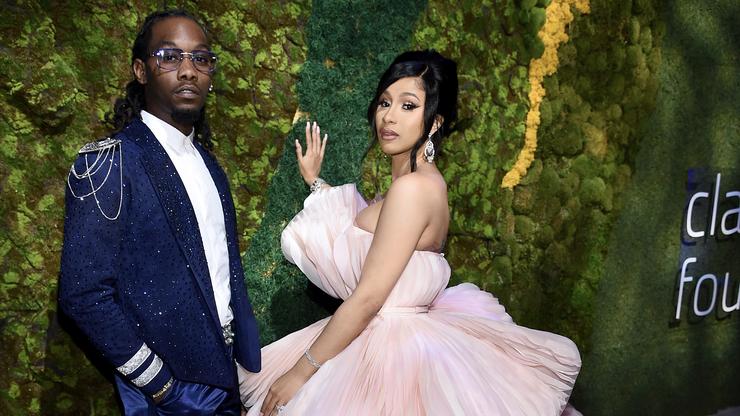 It’s also been revealed that the baby boy already has a jewelry collection worth hundreds of thousands.

Seeing as they both have incredibly unique monikers themselves, it’s really no surprise that Cardi B (born Belcalis Marlenis Almánzar) and Offset (real name Kiari Kendrell Cephus) opted to give their son a name like Wave Set Cephus. According to a new report from TMZ, it was the young boy’s father who came up with the clever title.

Sources say that, once the musically talented couple discovered they were having their first boy together — they already share 3-year-old Kulture Kiari Cephus — they immediately started throwing around name suggestions, with the Migos member’s idea coming out on top.

As for his middle name, Set, it’s been reported that Cardi and Offset were initially considering Marley as a play on the “WAP” hitmaker’s middle name but ultimately, Wave Marley Cephus just didn’t sound right to her.

When their bundle of joy arrived on September 4th, and his parents were able to get a good look at him, they went with Set — inspired by a nickname given to his dad by friends.

While the “Clout” collaborators enjoyed their first few months at home with baby Wave, they primarily kept him off social media and out of the spotlight, reportedly due to the negativity they’re hit with online at times, especially directed towards their children.

The Cardi B-mini me may be just a few months old, but he’s already got an incredible jewelry collection thanks to Elliot Elliante, who iced the young boy out with diamond studs, tennis chains, a custom wave charm, and a Miami link chain said to be worth nearly $200K.

Wave Set Cephus made his debut on the cover of Essence alongside his older biological sister, as well as his half siblings from Offset’s prior relationships — read more about that here, and let us know what your thoughts on the unique baby name are in the comments.