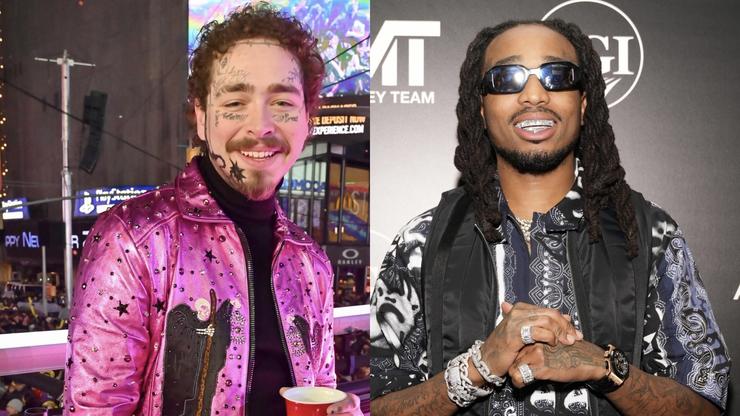 At the end of the show, Posty jumped in the crowd, losing his shirt in the process.

Post Malone may not have been included as one of the many names on Coachella’s 2022 lineup, but the 26-year-old still have the opportunity to perform in California over the weekend at the Revolve Party, which took place at the Merv Griffin Estate, in the Palm Springs area, as per TMZ.

It’s been reported that the “White Iverson” singer was emotional, and used his stage time to touch on the importance of “[spreading] love to family, friends, and strangers.” Post also discussed the ongoing crisis in Ukraine, the COVID-19 pandemic, and the struggles that come along with life in general.

During his inspirational speech, the New York-born recording artist reminded listeners that it “[only] takes a second to help course-correct someone who is struggling,” before delivering on an incredible performance of his 2016 hit, “Congratulations,” for which he brought out Migos rapper Quavo, sending fans into a tizzy.

Afterward, Posty channeled his inner “Rockstar” as he dove into the crowd, losing his shirt in the process and further stirring up the already excited crowd.

In other surprise guest at Coachella news, the City Girls brought out Moneybagg Yo during their set, much to the crowd’s delight, and Big Sean tapped Jhené Aiko and YG to perform onstage alongside him — read more about that here, and here respectively, and let us know what your favourite 2022 festival performance has been so far in the comments below.