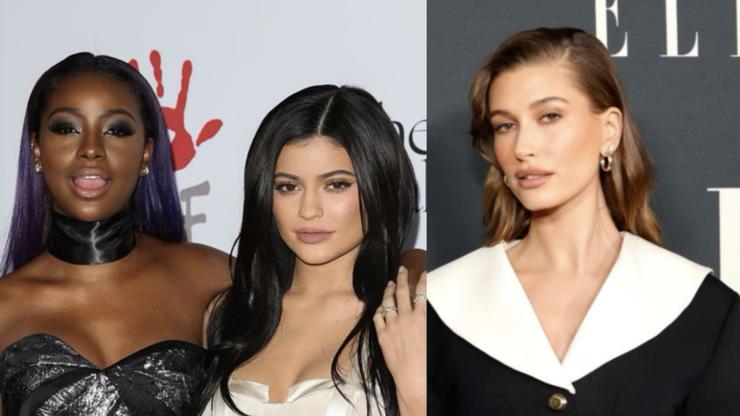 Rumour has it that Kylie and Justine ended their friendship over Travis Scott some time ago, but it looks like they’ve since reconnected.

Coachella is undoubtedly known for bringing people together from all over the world, and from the looks of Kylie Jenner’s Instagram Story, this year’s festival may have even helped her resolve a feud with an old friend.

While her baby daddy, Travis Scott, was removed from the festival lineup following the tragedy that unfolded at his Astroworld Festival last November, that didn’t stop Jenner from supporting her good friend Hailey Bieber’s man, Justin, as he took to the stage alongside Daniel Caesar to perform “Peaches.”

After the show, it looks like the mother of two and her friends headed back to a residence to relax, where she caught some footage of Hailey cooking up a grilled cheese, alongside Justine Skye, who as an IG post on The Shade Room points out, are rumoured to have previously ended their friendship over Scott.

If you’re not familiar, the reality star and the “Wasted” rapper first got together back in 2017, but right before their whirlwind relationship kicked off, Scott is said to have been spending time with Skye, which ultimately put a rift in the two girl’s friendship – allegedly.

While it’s hard to say what really happened behind the scenes back in the day, all appears to be well in paradise as Skye joined her old pals for some festival fun.

“It’s giving wifey,” the Brooklyn native says while watching Mrs. Bieber cook before Jenner repeats the phrase, then pans the camera over to Justine, who poses with a small dog in her arms and declares, “It’s giving single mom.”

In other Coachella news, Big Sean seems to have stolen the hearts of audiences (and Twitter) with his set on Friday, bringing out Jhené Aiko and YG to perform alongside him – read more about that here, and tap back in with HNHH later for more updates.