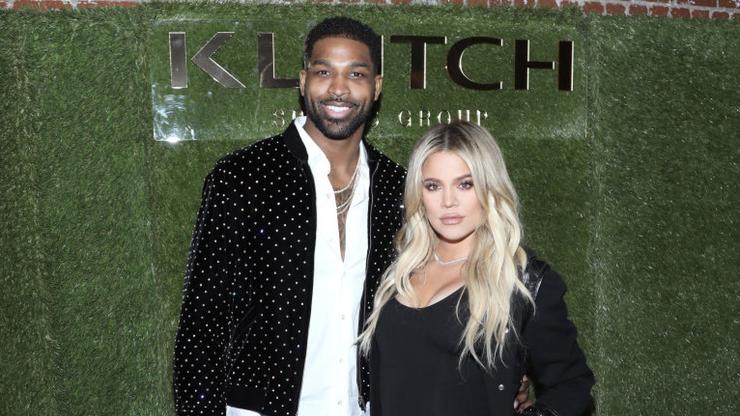 “You could see Tristan 100% thought he got caught for the 88th time,” one viewer said of a clip from last week’s premiere.

Tristan Thompson is the butt of Twitter’s joke, once again. Khloé Kardashian previously promised that all of her drama with her baby daddy would play out on her family’s new reality series, The Kardashians, but it seems that viewers have been picking up on even more than the family bargained for in their recently released footage.

The first episode of the long-awaited series premiered last week, and primarily focused on Kim Kardashian getting wind of conversation about her infamous sex tape on her son’s Roblox game, which sent her into a blinding fury, threatening to “burn” Ray J’s former manager, Wack 100, and others involved in the situation.

While the mother of four’s narrative was certainly the primary focus, some couldn’t help but notice that – as Kim was calling Khloé over to look at what she had discovered on her son’s iPad – True Thompson’s dad appeared to look as if he had seen a ghost, and there’s been speculation that it’s because he thought he had been caught cheating, again.

Alongside a handful of screenshots of the NBA player’s terrified expression, one user wrote, “Nah you gotta re-evaluate your life if this [is] how you react when anyone finds anything suspicious around you…Buddy experienced four levels of fear in three seconds.”

“Man was looking for escape routes,” and “N*gga almost slapped that iPad out [of] her hand,” others joked – check out more responses below, and let us know what you think was running through Tristan Thompson’s head in the comments.