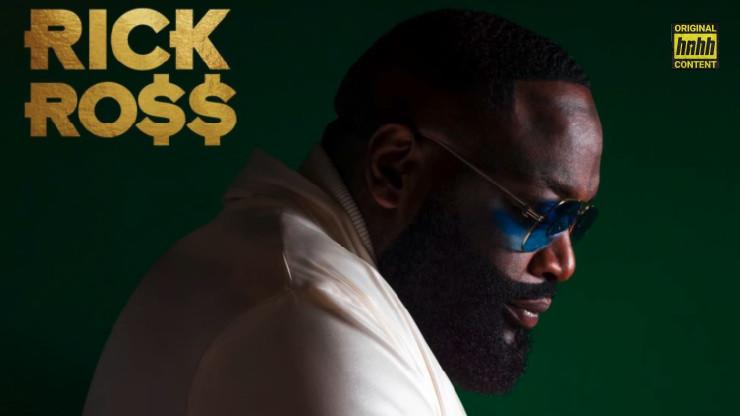 On his eleventh studio album, Rick Ross relishes his status as a hall-of-fame worthy talent.

In hip-hop, longevity is often seen as the mark of a king. Flanked by boisterous newcomers and an ever-changing musical palette that can leave an artist redundant within a moment’s notice, standing tall for decades is no easy feat.

Averaging one album every two years ever since 2015’s Black Market, Rozay has unassumingly moved from being in the mix as one of the genre’s main drivers to something closer to the legend status that others were afforded during his prime run. Now eleven albums into his career, the Maybach Music Group mastermind is in an interesting position, in the sense that, while he doesn’t seem quite as prominent as he once was, he also doesn’t have to be.

Rozay’s 2021 effort Richer Than I’ve Ever Been is a feature-length exhibition of the fact that not only is he solidified in his position as an artist with a hall-of-fame worthy catalog, he’s also delighted to be occupying that space, and feels that he still has more to give.

“If I wasn’t making music that was better than the majority of everything that’s out, maybe I would consider it,” Rozay told GQ when asked about the prospect of retirement. “But… you know, I’m a unique person. And I let the streets dictate [when it’s time for me to retire]. But I’m a hell of an individual, and my hustle is still unmatched.”

As for the direction of the project, the MMG mogul promised “some crispy, classical Rick Ross,” and all in all, that’s what he delivered. The only possible issue is, to get to it, you need to wade through some experiments which, while worth undertaking, don’t quite stick the landing.

Beginning with the voice of prolific South Florida drug kingpin Willie Falcon, record opener “Little Havana” invokes Falcon’s story of
“building Miami” as we know it, to draw parallels to Rozay’s own journey through hip-hop.

Adorned in the sprawling, luxuriant production that fans always yearn to hear Rozay over, it’s a track that feels as though he is surveying his own, self-governed kingdom. Amid self-effacing claims that his “biggest flaw is a lack of modesty,” the emergence of The-Dream on the hook shows that his ability to link up with R&B stars and find common ground remains in place.

Opting to sequence the album in a way that means much of the record’s marquee tracks are at the front-end, “The Pulitzer” may feature less bombastic production than we’ve come to expect from Timbaland, but it’s no less the perfect canvas for Ross to effortlessly flow over.

And in another dream match-up for fans of coke rap excellence, Ross’ first dalliance with Benny The Butcher on “Rapper Estates” doesn’t disappoint. With both men trading quotables over lavish production from Vinylz, Coleman & Boi-1da that befits their tales of sprawling compounds and hundred-strong car collections, any notion that Rozay would allow himself to be outshone by the leader of the BSF is quickly dispensed with.

Declaring that he’s “at the fork in the road, which way, Hov or Ma$e?” Rozay suggests that exiting stage left has certainly crossed his mind. But when he’s in this sort of sparkling form, it’d be hard to imagine that it’s more than a passing thought.

But as triumphantly as the record begins, there are moments where Rozay’s vision doesn’t quite come to fruition in the way that he’d hoped.

On the Wale and Future-aided “Warm Words In A Cold Word,” the jazziness of the instrumental from Bink veers off the beaten track of modern hip-hop production in a way that is commendable and daring. Yet while Ross and his former MMG signee find their own crevices to fit in, the end product is still a little disjointed, with Future sounding palpably uncomfortable over its warm horns and scattergun percussion.

Elsewhere, his attempts to diversify are also plagued by a certain clunkiness. He vies for a new club smash with a record like “Wiggle,” which is dominated by its fired-up, nostalgic production from Don Cannon and Lyle Leduff. While Dreamdoll undoubtedly holds nothing back and uses the track as the star-making turn that it could be, Ross’ husky brogue feels outside his comfort zone.

Throughout his career, Rozay has always had an innate ability to use beats and melodies to create music that feels as though it should soundtrack the climactic moments of a crime epic. And sure enough, both “Made It Out Alive” and “Outlaws” add to this canon.

As Blxst croons about coming up “from nothin’ to everything that I asked for, from food stamps to stamps on the passport,” it sounds like a summary of the Rick Ross narrative as we’ve come to accept it. While on “Outlaws” Jazmine Sullivan provides a heart-wrenching lament for those who can’t leave the corner behind.

Featuring poignant reflections on the road that so many inner-city kids walk (“most dopÐµ boys been a pallbearer”), the track is driven home by 21 Savage as he rebuffs any snobbishness or gatekeeping of the genre, rhyming, “I don’t wanna hear yo’ opinion about what’s hip hop, 30 hangin’ off of my bridges, n***a that’s hip-hop.”

Alongside the suitably melodramatic sound of “Imperial High,” another highlight emerges when Rozay makes a rare segue into political terrain with “Marathon.” Built around an exquisite, orchestral beat that a young Kanye would’ve been happy with, Rozay fleshes out the ground covered on September 2020’s call-to-arms of “Pinned To The Cross” as he spits,

Did your little FaceTimes, left the neighborhood astounded

Reason why I sold dope, I just want a way around it

BMs and my gold ropes, let you know I made allowance

Across “Marathon,” and the project as a whole, Rozay’s talents as a writer remain front and center, with Rick frequently dropping two or three verses without ever feeling like he’s running out of conceptual steam or overstaying his welcome.

Now firmly back on track, Richer Than I’ve Ever Been ends triumphantly with “Hella Smoke” featuring Wiz Khalifa. Decked out in regal, bass-driven sonics from Bobby Keyz and Fuse 808, it’s a track that takes away any of the combativeness of youth in favor of contentment with his position.

Labeling himself “Berry Gordy at 40,” the closer proves that when he is on his game, Rozay remains in rarefied air.