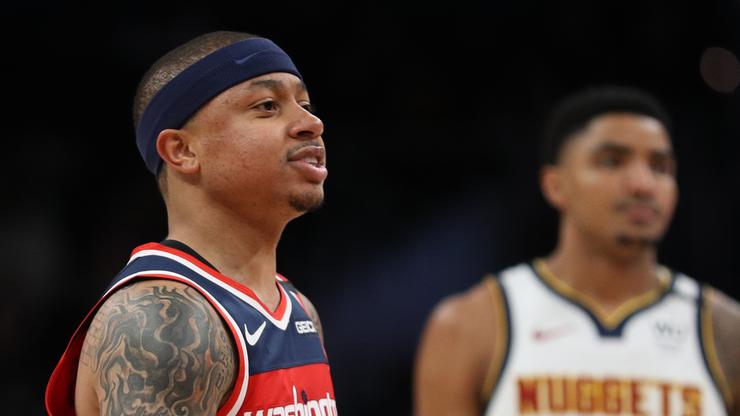 Isaiah Thomas had been linked to the Lakers in the summer.

This offseason, Isaiah Thomas was on a mission to get an NBA contract. He scored 81 points in a pro am game and it was becoming clear that he still had the goods to play in the NBA. Unfortunately, after a failed stint with Golden State, Thomas was forced to watch from the sidelines, until this week when he signed a G-League deal with the Grand Rapids Gold, who represent the Denver Nuggets.

In Thomas’ first game with the Gold, he scored a whopping 42 points, which eventually got the attention of teams all across the NBA. In fact, today, it was revealed that Thomas has signed a contract with the Los Angeles Lakers.

Thomas was linked to the Lakers throughout the summer, however, a deal never came to fruition. Now, Thomas has been signed to a 10-day contract where he will be eager to show the purple and gold that he can play at the highest level of competition.

There is no guarantee that Thomas will remain on the roster, however, this is still a huge step forward for his career. He has played for the Lakers in the past, and he is also familiar with LeBron. This time around, however, he is hungrier than ever before.