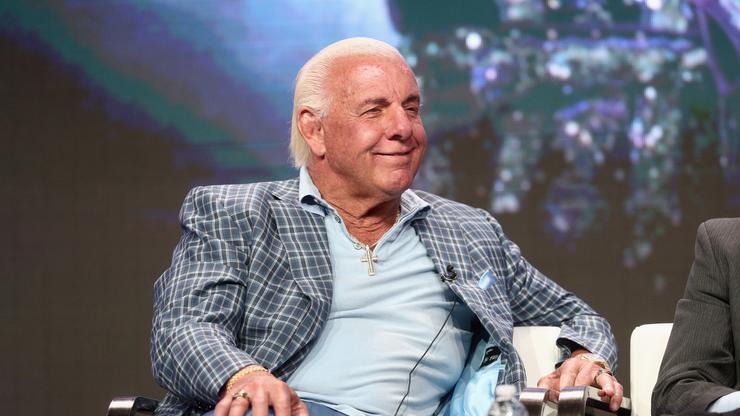 Ric Flair says that he’s been “drinking every night” to prepare for his final fight in the ring.

Explaining that he can’t perform if he’s sober, Ric Flair admitted in a recent interview with TMZ that he’s been “drinking every night” in preparation for his final fight on Sunday in Nashville. The 73-year-old will be teaming up with his son-in-law, Andrade El Idolo, to fight Jay Lethal and Jeff Jarrett.

“I guaranteed you that I’ll be drinking every night,” Flair told the outlet. “I don’t do good when I don’t drink.”

Flair also said that he recently had a health scare where he worried he had pneumonia or COVID-19 as well as dealing with plantar fasciitis. Regardless, he says that he’s “good to go” and has no intention of missing the fight.

“I would never postpone it,” Flair said. “They’d have to kill me for that. So many people have contributed their time and effort to make this happen. I just wanted to be at 100% of what I can be now.”

Flair also says that it’s going to be an emotional night and that his entire family will be in attendance.

Flair is widely considered the greatest professional wrestler of all time, boasting a career spanning over 50 years that saw him win 16 world championships recognized by the WWE.

Check out Flair’s discussion with TMZ below.