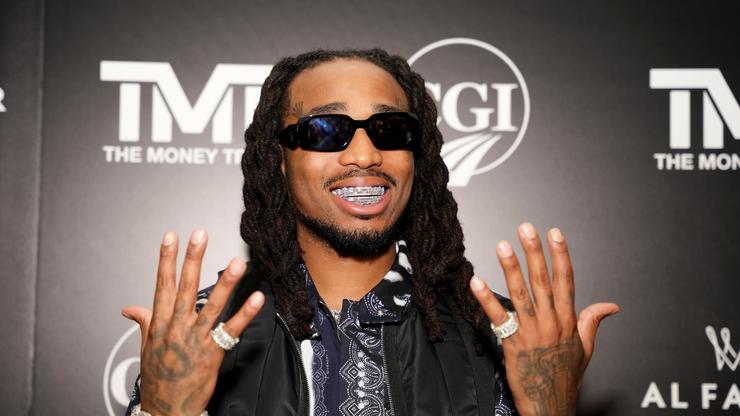 Quavo is set to star in an action-thriller from Quality Films.

According to Deadline, Quavo is starring in a lead role in the new action-thriller titled, Takeover. The Migos rapper has previously been featured in a number of series like Black-ish, Atlanta, and Narcos: Mexico, and now he’s heading over to the big screen with help from QC.

Produced by Quality Control’s newest film branch, Quality Films, and Triscope, the film will focus on Atlanta’s street takeover car culture. Quavo will play Guy Miller, a former crook who’s trying to turn his life around, but finds himself needing to live up to his reputation as “one of the slipperiest street operators in a lethal, head-long race against time.”

Directed by Greg Jonkajtys, and written by Jeb Stuart and Brandon Easton, the film will use live-action performances as well as animation in order to capture sideshows and stunts that take over streets and parking lots.

Quavo expressed his excitement about his role in the film, “I’m really excited for this opportunity, especially shooting in my hometown of Atlanta. This film is an ideal opportunity to further delve into my craft, and I can’t wait to see how the action plays out in this animated environment.”

“The film brings together the industry’s most talented visionaries both on and off the screen,” said Brian Sher, one of the producers from Quality Films. “We’re thrilled to deliver an unparalleled edge-of-your seat ride that will introduce many viewers to a world they never knew existed.”