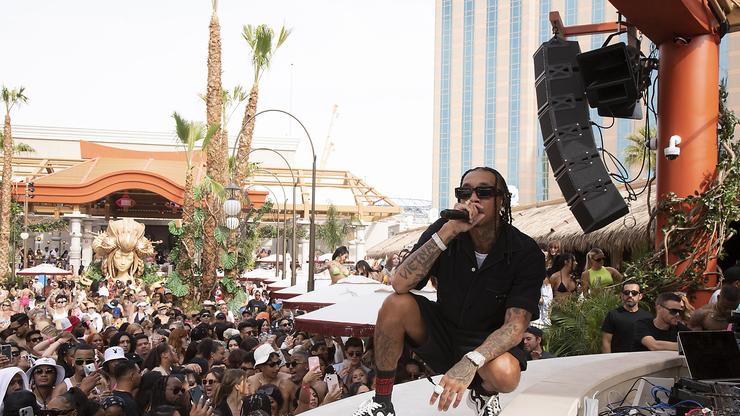 Following Vans recent lawsuit against MSCHF’s collaboration with Tyga‘s “Wavy Baby” sneakers, attorneys for both brands met in Brooklyn federal court this past Wednesday (April 17) for a two-hour hearing arguing whether or not the sneakers violate trademark law.

Three days before the shoes were set to drop on April 18th, Vans filed the suit claiming that MSCHF tried “to confuse consumers, unlawfully siphon sales from Vans, and intentionally damage Vans’ valuable intellectual property rights.” Due to their claim that MSCHF is violating the company’s trademark rights, Vans is demanding an immediate restraining order to ban further sales.

According to Billboard, MSCHF attorney, Megan Bannigan, argued that shoes were a form of free speech protected by the First Amendment. Bannigan told the judge, “These shoes comment on consumerism, on the absurdity of sneakerhead culture. This was released as an art project. It was not released in competition with Vans.”

Vans’ attorney, Lucy Wheatley, argued back “MSCHF is free to create art,” continuing that, “MSCHF’s sneakers must follow the same rules that all other sneaker companies follow.”

Comparing the “Wavy Baby” design to Vans “Old Skool” design, Bannigan stated, “It is wavy, it is wobbly … and it is not something that you can easily skateboard in.” She also added that nearly all 4,000 pairs of the “Wavy Baby” shoes have already been sold with the company “having no plans to sell more in the immediate future.”

The judge declined to issue a ruling at the end of the hearing, stating that a ruling on the restraining order would be issued “in short order.”