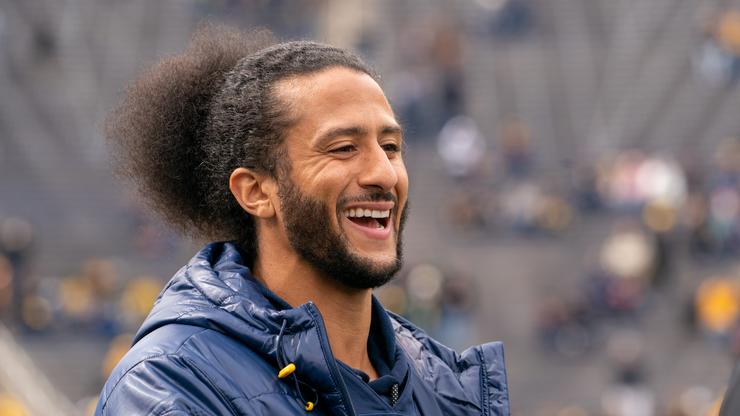 There is at least one NFL owner willing to sign Colin Kaepernick.

Colin Kaepernick has been working hard to try and get back into the NFL. Every week or so, he posts a new video of himself training, and each and every time he does so, he appears to be in shape. The 34-year-old has stated that he hopes to play in the NFL this year and that he wouldn’t mind being a backup QB if a team needs him. Regardless, his ultimate goal is to be a starter again.

Recently, during a conversation with Monte Poole for Race in America: A Candid Conversation, Las Vegan Raiders owner Mark Davis came out and said that he would welcome Kaepernick onto his team with “open arms.” Of course, this is contingent on whether or not the coaching staff actually wants him.

“Listen, I believe in Colin Kaepernick, and he deserves every chance in the world to become a quarterback in the National Football League,” Davis said. “I still stand by it. If our coaches and general manager want to bring him in or want him to be the quarterback on this team, I would welcome him with open arms.”

This should come as good news to Kaepernick as it means at least one NFL owner is in his corner. There are some owners who would scoff at the idea of signing Kap, but for now, the Raiders seem to be an option. After all, he is familiar with the Bay Area.