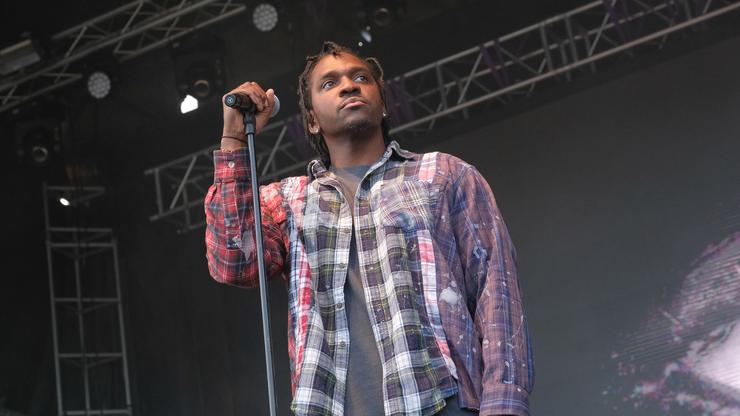 Pusha T says his new album is dropping on Friday.

Pusha T‘s upcoming album, It’s Almost Dry, will be released on Friday, April 22, the “Neck & Wrist” rapper announced on Monday. Ahead of the release, he will be premiering the project during a listening event in New York City that he is referring to as “Cokechella.”

While a full tracklist hasn’t been revealed, fans can expect to see collaborations with Kanye West, Jay-Z, and Pharrell Williams on the project, as it will feature “Diet Coke,” and “Neck & Wrist.”

Earlier this month, Push sat down with Charlamagne for an interview, in which the radio host described It’s Almost Dry as Push’s “best body of work.”

After agreeing, Push remarked: “I feel like I had the best of both worlds in regard to production and in regard to people, two people [the album’s co-producers, Kanye and Pharrell], that actually understand who I am and they like two different things from me.”

It’s Almost Dry will be Push’s first album since Daytona in 2018. That album was fully produced by Kanye West and was met with widespread critical acclaim. In the time since, he’s shared several singles including “No Problem,” “Sociopath,” “Coming Home,” and “Puppets (Succession Remix).”

Check out Push’s announcement below and be on the lookout for the album, this Friday.