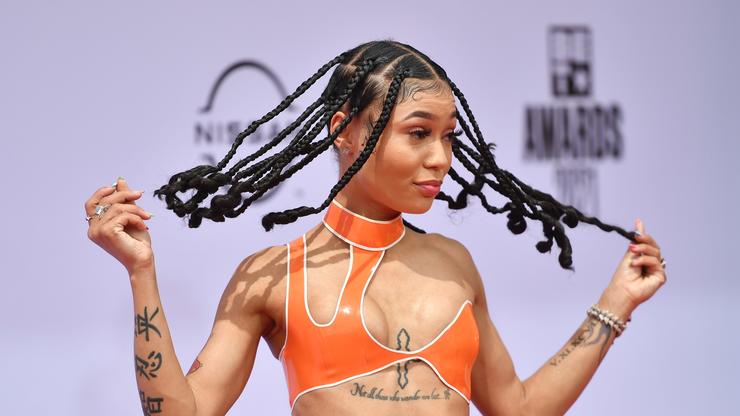 Coi Leray laughed off Erica Banks’s recent comment about rappers who work with Nicki Minaj, in which she claimed the Queens rapper only works with “girls who really can’t rap.” Leray and Minaj collaborated on the new single “Blick Blick.”

“I love Nicki,” Banks began. “But I just felt like, I been trying to reach out to her for a long time but I felt like she kinda ignores me and she entertains girls who really can’t rap.”

“I agree that Nicki kinda fuck with the girls who can’t really rap, when you got the girls over here (herself) who really do,” Banks declared. “Now, some people might get mad at me for saying that, but it’s the truth. Everybody can’t rap.”

Leray replied to the tweet with a series of laughing emojis.

Leray’s response to Banks comes after the debut of her new album, Trendsetter. The project managed to move just about 11.5K copies, according to chart data, landing it at number 89 on the Billboard 200.

Despite the disappointing sales, Leray has appeared to be all smiles about the release of the album on social media.

“LETS GOOOOOOOOOOO,” she wrote on Monday in response to the sales figures.

Check out Banks’s comments as well as Leray’s response below.