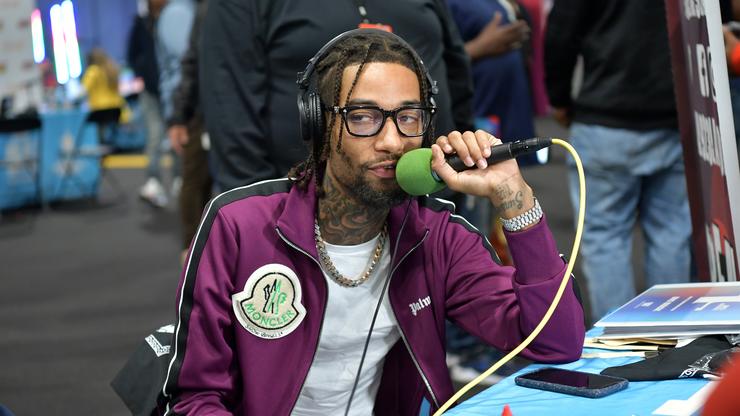 Police appear to have confirmed some of the speculation surrounding what led to the death of PNB Rock. According to the Los Angeles Times, L.A. Police chief Michel Moore explained that the shooting occurred moments after Rock’s location was shared on social media. Moore explained that they’re currently investigating whether the Instagram Post wound up leading to the Philly rapper’s death.

“[PNB Rock] was with his family — with his girlfriend or some kind of friend of his — and as they’re there, enjoying a simple meal, [he] was brutally attacked by an individual who apparently [came] to the location after a social media posting,” Moore said.

The rapper was shot and killed at Roscoe’s Chicken and Waffles on Monday afternoon while he was eating with his girlfriend, who tagged the restaurant’s location on a post on her Instagram Story.

The suspect is still at large. Police explained without a culprit, it’s nearly impossible to confirm whether or not social media played a factor in PNB Rock’s death.

Fans and friends have paid tribute to PNB Rock since he was pronounced dead. Nicki Minaj issued a statement where she urged fellow rappers to take more precautions when sharing their location on social media.

We’ll continue to keep you up to speed on any more developments surrounding the investigation into  PNB Rock’s death.