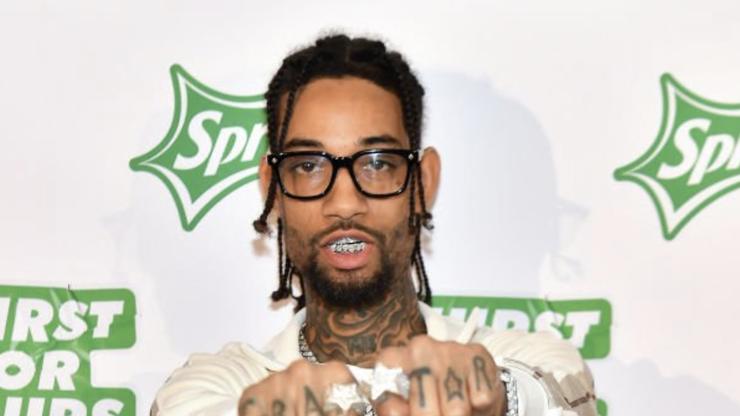 Stephanie Sibounheuang has been targeted as people blamed her for posting their location, including Wack 100 who called her a “clown.”

Much has been said about PNB Rock’s untimely death in the mere 24 hours since it was first announced. Yesterday (September 13), the Philadelphia rapper was said to have been out with his girlfriend, Stephanie Sibounheuang, at Roscoe’s Chicken ‘N Waffles in Los Angeles when he was assaulted during a robbery. A video showing the tragic aftermath was uploaded to the internet, and soon, the world was witnessing PNB Rock’s final moments.

The tragedy has caused a wave of debates within Hip Hop as several people, fans and entertainment professionals, have come forward with warnings about safety. There have been ongoing concerns about crime in both Los Angeles and Atlanta as officials claim that celebrities are being keenly watched and targeted.

When it was learned that Rock was shot, it was also revealed that Sibounheuang posted a photo of her meal while tagging the location on her Instagram Story. The public speculated that this may have contributed to his murder, adding that someone may have seen her location and tracked down the rapper. Investigators are determining whether or not that could be true, but as the public awaits more information, several have come forward in defense of the grieving girlfriend who is also the mother of his daughter.

Nicki Minaj was one who blamed the girlfriend’s post for Rock’s plight, but Lil Duval was a voice who condemned critics. “Sh*t is sad and distasteful to know all the anguish this girl is enduring as a result of losing her child’s father and boyfriend, to see everyone blaming her for what took place is disgusting,” he said. Duval added that the location is well-known and anyone could have seen Rock walk in. “Y’all weird AF to blame this girl.”

Wack 100 had a different take. He replied to Duval, calling Sibounheuang “foul ASF” and saying, “Man is dead cause he couldn’t resist the bozo request of a female clown.”

J. Prince had a few words of his own, and unsurprisingly, they countered Wack’s opinion. After giving condolences, he wrote, “To all you dumb motherf*ckers blaming his girlfriend for his death, you’re wrong as 2 left shoes.”

“Here’s a woman that’s been traumatized by seeing her boyfriend killed in front of her and you dumb f*cks are adding insult to injury with dumb sh*t that you don’t know to be facts,” Prince added. “I believe the root of the problem is wearing jewelry without proper security.”  He then gave advice on how to navigate if one is to wear luxury items in the streets.