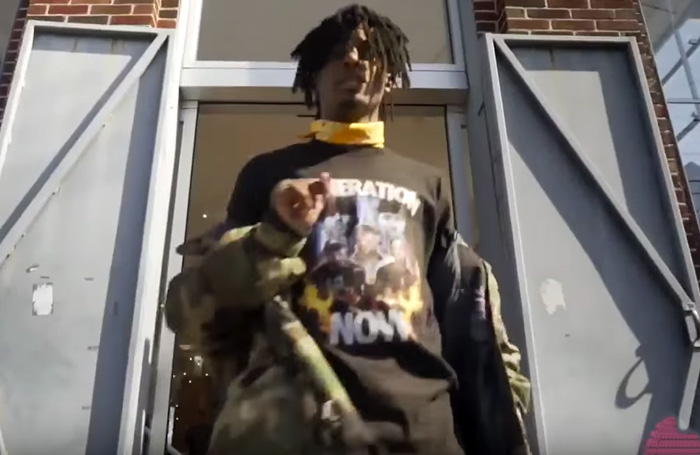 Playboi Carti and Lil Uzi Vert reunite in the video for their hypnotic 2017 collaboration “Lookin.”

Directed by AWGE, the visual features Carti milly-rocking through the streets, in record shops, and in front liquor stores. Later, Uzi emerges with stacks cash in hand and diamonds around his neck. The clip is a dynamic kaleidoscope special effects, boasting collage-like clips, static-filled transitions, secret handshakes, and plenty shoulder shimmies.

“Lookin” is one two Uzi collaborations on Carti’s self-titled debut, which dropped last year. The duo has since teased a joint project titled 16*29, and an accompanying tour, though the latter was canceled. Last month, Uzi and Carti teamed up once again, this time on “Squad (Firearm).”

Meanwhile, Uzi has been staying busy. He is currently prepping the follow-up to Luv Is Rage 2, and recently released tracks like “200 My Dash,” the NAV-assisted “Wanted You,” and “Mood” with TM88 and Southside.