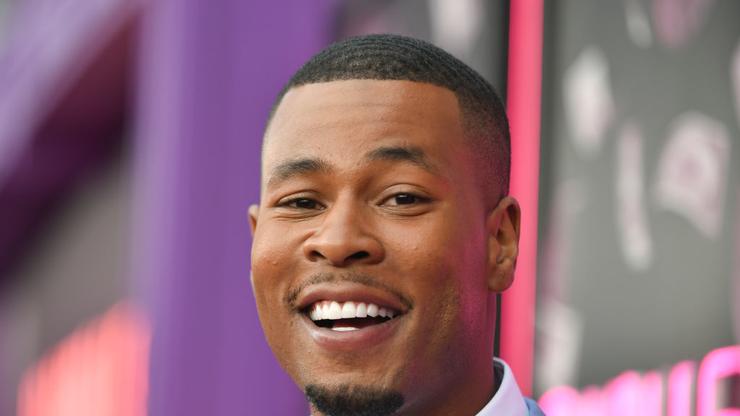 “I’m just crying because the love is overwhelming.”

Season two of P-Valley was the talk of the town all Summer 2022. But it was J. Alphonse Nicholson’s breakout role as Lil Murda that had viewers raving about the hit Starz series. As much praise as Alphonse received for portraying the talented, closeted rapper, he was equally met with criticism from folks who say the show was doing too much.

Pliesshared his thoughts on P-Valley with his Instagram followers, claiming that he was “traumatized” watching the series. “Why Y’all Ain’t Give Me A Tutorial On ‘P Valley'” he tweeted. “I Heard The Show Doing Well So Congrats To Everyone Involved! But Damn I Wasn’t Ready For All Dat.” After catching wind of the Florida rapper’s hot take, J. Alphonse responded, “It’s interesting because he knew every character’s name, knew exactly what they said, and so you wonder, are people traumatized? Are you confused? Or are you just scared to kinda accept maybe who you are or those who those who are around you are?”

Since the show’s finale, there has been much Emmy talk surrounding Alphonse’s portraying of Lil Murda. On Tuesday (Sept. 6), the actor stopped by the Tamron Hall show and got emotional about the opportunity to play the upcoming rapper and possibly being nominated for the prestigious award. “Don’t make me cry,” he began. “It’s such an honor to be able to bring such a complex story to the table and to be a representation for any and everyone. I call Lil Murda the every man. I’m just crying because the love is overwhelming. And being able to bring Katori’s story to life, and represent a black woman, I’m grateful for it.”

For his next role, J. Alphonse is slated to star in the upcoming sports drama Black Spartans from Insecure writer-director Ben Cory Jones. Check out the star’s full interview on the Tamron Hall show above.