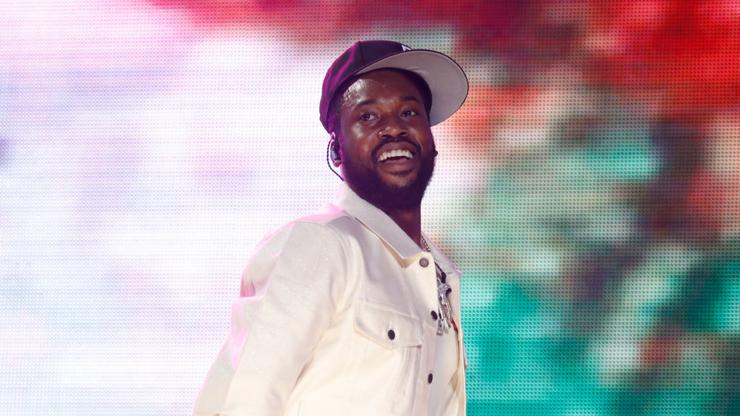 The Philly rapper plans to celebrate the 10th anniversary of “Dreams & Nightmares” with a gift to his fans.

The new Meek Mill has somehow mastered the art of being in the mix yet out trouble’s way. These days, you can find the Dream Chasers founder skating backwards at the Roller Rink, or taking the steps to transcend to the next level of his career. Drama, however, did make its way to Meek earlier this year after he announced his departure from Roc Nation management. Fans thought that beef between “Going Bad” rapper and Jay-Z was his reason for leaving the management company.

But Hov addressed the accusations in his critically acclaimed verse on DJ Khaled‘s “God Did.” “Me and Meek could never beef,” Jay rapped. “I freed that n**** from a whole bid, Hov did.” Meek agreed with Hov’s sentiments, simply responding,”Never!!!!!!” With the 10th anniversary legendary track, “Dreams & Nightmares,” Meek is quickly solidifying himself as a legend in the game. In honor of the song’s jubilee, he offered to perform it at any fan’s wedding — only if they get married in October.

“If you get married in October,” he tweeted, “Ima commit to performing dreams & nightmares at a wedding for free for the 10 year Anniversary.” Fans quickly responded to the star’s offer with their wedding dates and invitations. “My g, my weddings set and booked, Oct 22nd, next month, we’d be honored with a performance,” one fan wrote.

As part of his career shift from major label to independent, Meek recently issued a $10 million challenge to music execs who said his career was over.  “If you a corporate person that work in the music business and ever predicted meek is over. I wanna place a 10m bet with you in contract,” he tweeted. Happy 10th anniversary to “Dreams & Nightmares.” Share your thoughts on Meek performing at weddings.