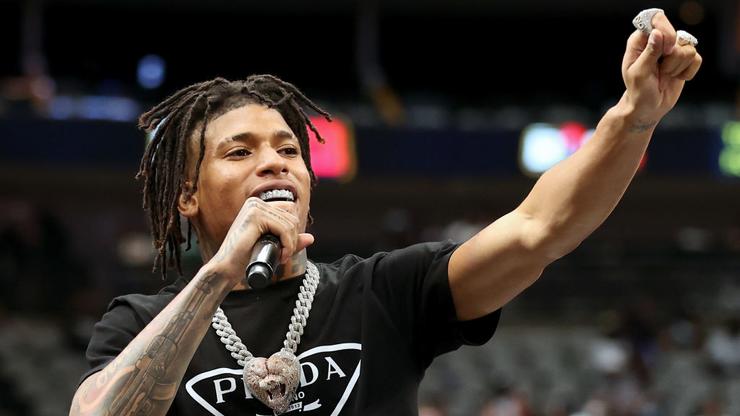 NLE Choppa isn’t fazed by the criticism of his “Who Shot Ya” freestyle on Funk Flex’s radio show.

When Memphis-based rapper NLE Choppa got finished with his aggressive freestyle on Funk Flex’s Hot 97 radio show, the host celebrated his talent, telling him that he “burned the mic down.” The rest of the world seemingly didn’t agree, criticizing Choppa’s flows, lyrics, and delivery on social media.

Prior to the release of his upcoming reflective studio album, Me Vs. Me, NLE Choppa came through to deliver a hard-hitting freestyle over the classic “Who Shot Ya” instrumental. In his bars, he spits plenty of menacing threats at his rivals, establishing himself as a big dog in the streets. Not everybody loved his output though, prompting the 19-year-old to address his critics with a tweet.

“Musically I Can’t Do Nun Right Huh?” asked Choppa on Twitter. “Keep The Hate, Jokes, & Criticism Coming, Ian Too Far From The Top. Tables Turn And When They Do Remember That I Told You So. WATCH THE YEAR I HAVE!!!!!!”

As it stands, this is looking likely to be the biggest year of NLE Choppa‘s young career. On Friday, he will be releasing his brand new studio album, which fans have been looking forward to, but it seems another crowd of music listeners is hoping for a dramatic switch-up to his style after the Funk Flex freestyle.

Listen to the freestyle below and check out Choppa’s response underneath.