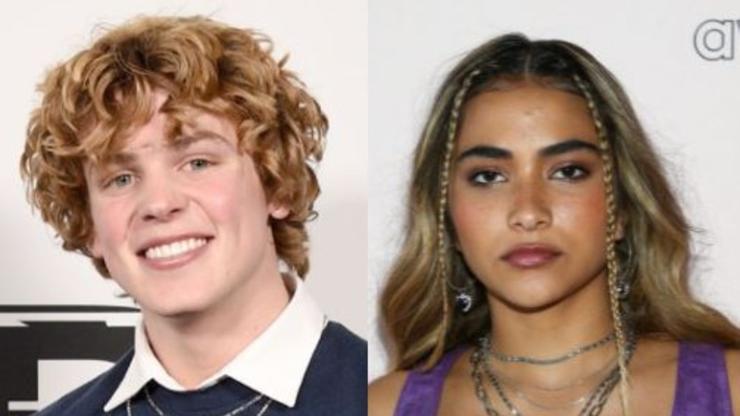 The social media star claims she touched him inappropriately and was emotionally manipulative. She penned a lengthy response and denied the allegations.

There has been a new controversy that has taken over TikTok after one of its stars has accused another of sexual assault. For years, TikTok houses have been popping up worldwide as young influencers move into mansions and spend their days creating content with one another. These influencers have built followings into the tens of millions and make hefty incomes from their videos and partnerships, but Hype House member Jack Wright has come forward with alarming allegations.

According to the 18-year-old, his fellow famous TikToker, Sienna Mae Gomez, 18, touched him inappropriately and was emotionally manipulative. The two reportedly filmed scenes together for the popular Netflix series Hype House, however, their storyline did not make the final edit.

“It like, it got to the point where I had to like, start screaming at her,” he said. “So I get out of my house because I was so sick of her just like, breaking into my house. I would wake up and see her car just sitting outside at like two in the morning. She would break into my house and when I was sound asleep, she’d come to my room and I’d wake up to her hand in my pants.”

Following Wright’s public accusation, Gomez denied that she sexually assaulted anyone. Later, she penned an essay apologizing if she crossed any boundaries.

“Consent isn’t really something that is formally taught in school,” Sienna wrote. “My parents have been married for twenty-three years and I grew up watching them freely express affection to each other. I understand now not everyone has this comfortability with affection.”

“I understand now that when you’re in a relationship, there needs to be a very open and honest conversation about consent even before sexual acts, even if it’s holding hands, hugging and being affectionate in a friendly manner. The last thing I would ever want to do is breach someone’s boundaries and for that I have become explicitly aware of the way I interact with others and will do better.”

She continued, “Jack, if you are reading this: I apologize if there were times that I made you feel uncomfortable. I am sorry if anything I ever did triggered other things you have experienced or any feelings of discomfort. But anything I did, I did unknowingly, as our physical relationship on camera was one of closeness and familiarity that I had known to carry into our ‘real’ lives. That said, there is a distinct line between that and sexual assault. I’m so sad that this is where we ended up, and even more so that I’m now being used in a new and even more hurtful way.”

Gomez also denied breaking into Wright’s home and said she only knew his access codes to his residence because they had been filming together.

“I truly appreciate Sienna’s acknowledgment that she made mistakes and that she did not fully understand consent,” Wright told E! in response to Gomez’s essay. “It is a step in a positive direction. I believe Sienna is struggling to face the truth and the harmful, painful choices she’s made. Every word in my video is the truth. I hope she continues to get the help she needs so this never happens again.”

Watch Jack Wright’s video where he detailed the alleged sexual assault below.