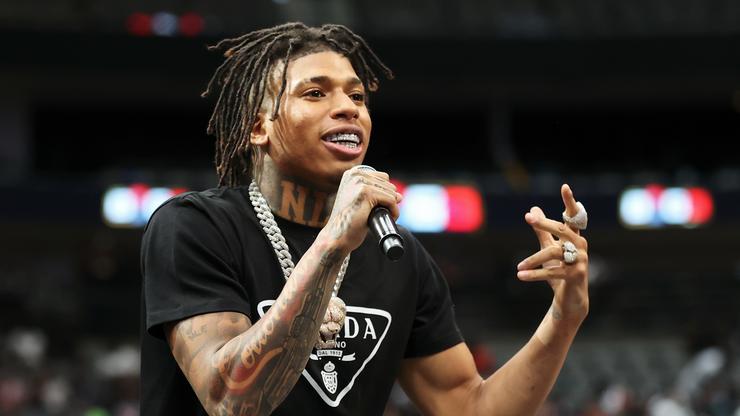 The rapper says he has a natural way to have the effects of a BBL as well as increase breast size, but people quickly trolled him.

The self-proclaimed herbalist has been sharing his wellness journey for some time, but not everyone is taking NLE Choppa seriously. The Memphis native has made it clear that his legacy isn’t just about his music, but his impact in helping his peers with maintaining healthier lifestyles and sobriety. However, after he tweeted that he could help people acquire nature breast enhancements and BBLs, people trolled the rapper.

We previously reported on Choppa writing, “2022 I will be presenting a herb that NATURALLY works ass a BBL also increases breast size. For every 3000 SURGERIES there is one death. Let’s naturally get the body you want. I am here to assist [purple heart emoji].”

Although he didn’t specify what this herb is and how it can help enhance one’s curves, Choppa stands ten toes down on his statement. There have been many studies reported about the dangers of BBLs, or Brazilian Butt Lift surgeries, not just during the operation itself, but in the months-long recovery, as well as years after, as people struggle to maintain their body shapes. Many who have undergone BBL surgery have taken to social media to lament about regrets because they have stated they have to continuously work out and stay in the gym in order to maintain their figures.

Meanwhile, Choppa took note of the criticism and jeers that were pouring in, and he issued a response.

“Why when I try to help y’all it’s jokes, or I’m crazy, or it’s impossible,” he tweeted. “Y’all immature and should innerstand I’m trying to help our queens and kings. When your sister or friend pass away for putting plastic in the body, or transferring fat remember yo jokie joke.” Do you think NLE Choppa can deliver what he’s promised?