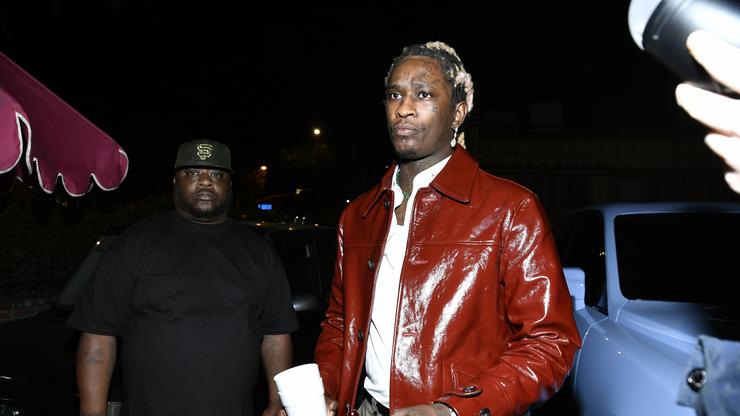 Many have vouched for Young Thug‘s generosity over the years. Lil Baby confirmed the tale of Thugger paying him to go into the studio to keep him out of the streets. Machine Gun Kelly earned a verse on the critically acclaimed So Much Fun after the album was released, all because Thug promised to do so. There are countless other tales but it’s clear that he’s pushing more positive energy into 2022 as shown on his Instagram Story earlier today.

A man found himself in need of a jump start when his car broke down and fortunately, Thug was there to save the day. The rapper took to his IG Story where he revealed that he helped a man out who flagged him down for help as he was cruising around.

“Just gave this man a jump-start,” Thug said while showing the car of the individual he helped. “I don’t know why God made him pull me over, but he saw my truck and was like ‘yo, yo, yo,’ flagged me down. I gave him a jump-start.”

Thug is still riding high off of the release of his latest album, PUNK. The album dropped back in October, earning the rapper slots across many year-end lists. While it wouldn’t be surprising to hear a follow-up later this year, the YSL crew is currently focusing on the release of Gunna‘s next project, Drip Season 4, which Thug is likely to appear on.